The cosmopolitan city of Bangkok has always been a source of new experiences for travelers and residents alike and contains an overload of places to visit in Bangkok. Thailand’s capital is often called ‘Krung Thep' by its people. Translated, that means 'City of Angels.' As a tourist, it is always a good idea to learn how to reach the more distant places within the city, for which it is recommended that you carry the latest Bangkok travel guide on your person. Late November and early December are when the city dries following the monsoon spells, making this the best time to visit Bangkok. Let’s explore some of the top places to see in this unforgettable city.

History should undoubtedly feature in your itinerary, and it does not get more historic than visiting the royal residence, aka Grand Palace, where generations of Bangkok royalty have come and gone

Have you ever heard of a mall whose design theme was based on world airports?

Not only is it Thailand’s oldest zoo, but it is also placed well within the city’s governmental headquarters zone.

Formerly an international airport, the place is now a hotbed of exciting activities. 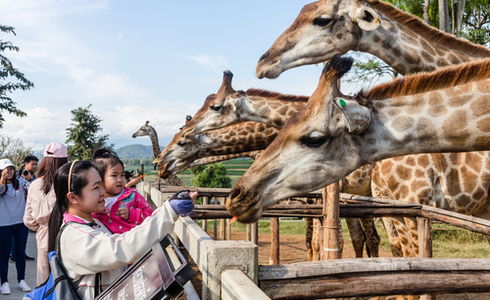 Touted to be the biggest and the best of all Bangkok’s markets, Chatuchak lives up to its reputation.

Going back to the time when Siam and Burma were at war with each other, the ‘Temple of Dawn’ was later rebuilt with the help of General Taksin and other survivors

A mere mention of this river is not enough; in fact, visiting here should be one of your top things to do in Bangkok

This underwater aquarium is one of the biggest tourist attractions in the city.

We covered the mega-aquarium, now let’s cover the mall that hosts it

Touted to be the very heart of Bangkok’s art life, the BACC is a must-see for any tourist.

Also called the 'marble temple,' this is certifiably one of the gorgeous places to visit in Bangkok

You simply cannot say no to a close-look safari that can open you to some of the most thrilling sights you will see in Bangkok.

Also termed ‘Thung Pra Meru,' which loosely translated means 'cremation ground for Royals,' the park feels like something out of a dreamscape.

There are several excellent Bangkok resorts (Club Mahindra’s Mac Boutique Suites are an evergreen choice) nearby for when you want to find accommodations.

Bangkok has so much to offer the senses that it genuinely needs a visit to thoroughly soak up its splendors. Club Mahindra Holidays has a variety of Bangkok tourism packages to choose from. From its rustic roots and still-prevalent historical marvels to the fact that the city holds fast to its age-old traditions and culture, the uniqueness of Bangkok is shared only by a handful of other cities in the world. With all the recommended places to visit in Bangkok detailed above, your trip will undoubtedly prove more than fruitful.