Snowy mountains. Green-carpeted valleys. Icy-blue lakes. Dense, meandering forests. Himachal Pradesh is a portrait of classic beauty. Best experienced over a cup of pahadi chai. Possibly on every traveller’s bucket list, what’s not to love about this beloved state?

In honour of Himachal Day, Club Mahindra has put together 5 less-known facts about Himachal Pradesh.

Read on for the best travel trivia!

Himachal Pradesh woos travellers with its old-world charm, reflected in many wonderful historic sites like temples, forts, castles, churches, bridges and monasteries. But did you know that this northern state is home to not one, but two, UNESCO World Heritage Sites?

This Himachal Day, let’s unveil each one. While the first is a man-made marvel, the second is all natural. Kalka Shimla Railway or “Toy Train” is regarded as one of British Raj’s most exemplary feats. Silkily running through Kalka, Dharampur, Barog, Solan and Shimla, the majestic liner gives passengers a glimpse into the state’s raw, untamed natural beauty.

Spanning over 1,736 sq. km of the Tirthan and Sainj valleys in Kullu district, is the second marvel - The Great Himalayan National Park. The reserve houses an incredible variety of species such as the Monal Bird, Golden Eagle and Western Tragopan Snow Leopard. 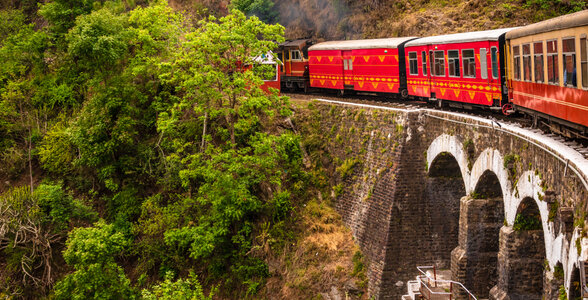 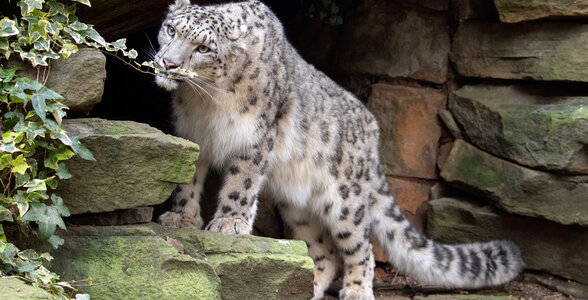 Here’s what’s cooking! Himachal Pradesh is the second highest producer of apples in India. Which is why, it is fondly referred to as a “fruit bowl”. On Himachal Day, we celebrate this oh-so-sweet and rosy feature.

A trip to Club Mahindra Pristine Peaks, Naldehra, Shimla, promises a peek into the fruit bowl of India. A rustic, countryside atmosphere rewards travellers, should they make the trip. Ready for an appley ever after?

Specially to mark this Himachal Day, we reveal a truly game-changing spot. Set against the tranquil and mesmerising backdrop of Chail Hill Station, is Chail Cricket Ground – one of the highest cricket stadiums in the world.

We all know about the Dharamshala cricket stadium, but this one is less talked about. The ground was built in the year 1893 by Bhupinder Singh, Maharaja of Patiala. Interestingly, it is often used for polo matches. 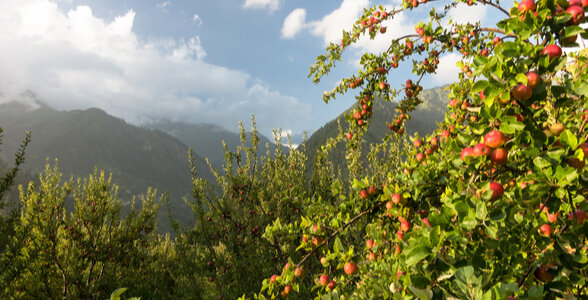 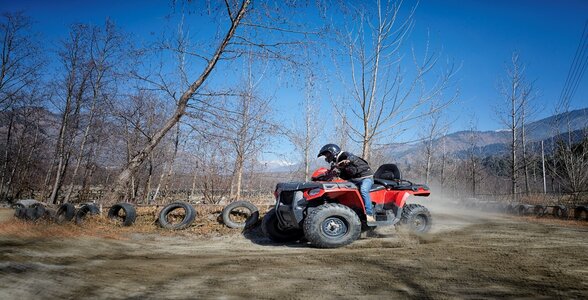 What comes to mind when you think of Himachal Pradesh? Skiing adventures? Snow boarding expeditions? Cable car rides? Toy Train journeys? Nature walks? Us too! But beyond the hiking, river rafting and paragliding, there’s one other adventure activity that is gaining immense popularity. Zip, zap, zoom. The Leh-Manali National Highway is renowned for being one of the highest motorable roads in the world. And that equals good news for motorbiking and cycling enthusiasts.

Did you know  one of Asia’s largest glaciers can be found in Himachal Pradesh? Yes. Named “Bara Shigri” or “Great Glacier”, this gigantic crystalised structure sits within Lahaul and Spiti, feeding the Chenab River. Another feature worth being impressed over is the amount of forest cover that the land boasts. Deemed as one of the greenest places in India, Himachal Pradesh comprises of a staggering 37,033 sq. km of forests – Ban, Kharsu, Moru, Oak, Deodar, Blue Pine, Chir Pine, Fir, Spruce, Mixed Broad Leaf.

Head onto the Club Mahindra website to explore your exceptional Himachal Pradesh options, today. Once you have a look at our divine properties, everything else will fall into place.