6 Books by Women travellers you Must Read for Travel Inspiration

Published by Community Manager on 14 June 2022 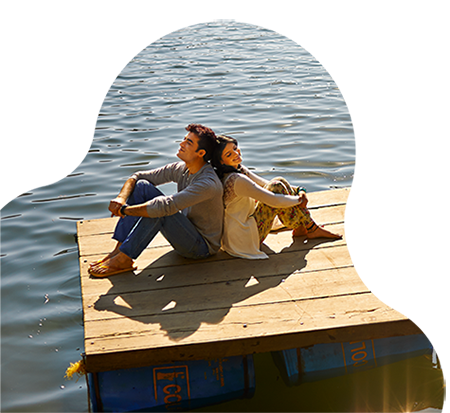 Right from Amelia Earhart to Sarah Marquis, enterprising women travellers and visionaries have left us enthralled and inspired with their adventures. Even the different waves of feminism have highlighted the empowering nature of travel for a woman; how it is a profound way for women to step into their power, a power that has often been taken away from them by systems.

Today, a woman traveller accepts that it can be unsafe to travel solo, and at the same time, she is also prepared with her sharp wit to ward off danger and greet adventure when she wants to.

If you are a woman traveller looking to go on your first or even your millionth travel adventure, here is a list of six books by women travellers that will inspire you to keep moving forward:

Full Tilt: Ireland to India with a Bicycle, by Dervla Murphy

Armed with the tenacity paralleled only by the harsh European winter she encountered on the first leg of her travel from Ireland to India, the 32-year- old cyclist and adventure writer covered over 3000 miles in 1963. The book is filled with charming and exciting anecdotes of all the many encounters Murphy had on her six-month adventure. The book also serves as an account of a world gone by; Murphy travels through a pre-Revolution Iran, and an Afghanistan that was cherishing its cultural uniqueness before the great powers started exerting their overbearing influence. Read the book for the nonchalance with which Murphy travels; it is about time that women get to roam the world with the same sense of entitlement that men do!

Wild by Nature, by Sarah Marquis

You’d have to do something really spectacular to be chosen as one of National Geographic's Adventurers of the Year. For Marquis, she earned this title because of her 2010-2013 adventure where she walked 12,000 miles from Siberia to Australia. Alone. From being struck with dengue while in the middle of a jungle to having to deal with the fear of being sexually assaulted by men in different countries, Marquis’ journey definitely reflects her grit and resolution. There are tons of stories of her experience as a solo woman traveller and how she was looked upon with doubt, but these same stories are also about pushing through and moving towards your goal. Read this book if you want to be inspired and can handle a little abrupt storytelling.

Tales of a Female Nomad: Living at Large in the World, by Rita Golden Gelman

We all hit an existential crisis at one age or another. For Gelman, the need to pause and reflect came when she was 48 and wanting a divorce. So, in 1986, Gelman sold off her possessions and started the nomad life- from observing orangutans in the jungles of Borneo to living with an indigenous people in Mexico, she has been on quite a novel adventure. This book is a great reminder of what it means to follow your joy, and to not be afraid to lead a life you’re proud of.

Eat Pray Love: One Woman's Search for Everything Across Italy, India and Indonesia, by Elizabeth Gilbert

Have you ever stopped in the middle of the day wondering whether you are leading a fulfilling life? Questioned whether you are your most authentic self or simply a conditioned version of what society has asked you to be? If yes, then order a copy of Gilbert’s book which has also been adapted into a movie now. Touted as one of the best self- help books for women out there, ‘Eat, Pray, Love’ chronicles the year in the author’s life where she sold off all her possessions, quit her job, and embarked on a journey to find herself…and spoiler alert- she found herself.

There is a history that we learn from newspapers and books, and there is a history we learn when we speak to the people of the culture we are exploring. For Taran Khan, exploring Kabul and the lives of Kabuli people was something she wanted to do after the fall of the Taliban. So, from 2006 to 2013, she spoke to the locals, immersed in their lives, and wrote a book about her adventures and learnings. If you have ever wanted to explore something but the world has opposed you for reasons unknown, pick up this book for some inspiration on following your heart.

Wild: From Lost to Found on the Pacific Crest Trail, by Cheryl Strayed

Grief has a way of making us questioning everything we have ever known about life and ourselves. So, when 22-year-old Cheryl Strayed lost her mom, family, and her marriage, she decided to do the only thing that made sense to her- hike the Pacific Crest Trail for 1000 miles without any backpacking experience. The story is about grief and taking ownership of your mistakes, and life in general. Strayed’s writing makes both ideas palatable even though it comes with its own rollercoaster of emotions, and serves as one of the best motivational books for women.

If you too have a book review to share, you can write a blog on the Club Mahindra Community and share your views with your fellow members. Login and write a blog

Club Mahindra Congratulations to the winners of our Lucky Draw contest