As autumn takes over the cities of the world, there’s more than just the chilly winds sending shivers down spines. It is the time of Halloween. It is probably the most popular festival after Christmas. Celebrated the world over, every culture has its own interpretation of the festivities. But there are some destinations all over the world that take the spookiness to the next level. Steeped in folklore and glorified in legends, these destinations are the perfect places to be during Halloween.

Here are seven spooky destinations across the world that capture the spirit of Halloween with eerie preciseness.

Ireland is the home of Halloween, originating as the Celtic festival of Samhain over a thousand years ago. Most Halloween traditions such as disguising in scary costumes and lighting fires have Irish origins. They were meant to confuse and keep the visiting evil spirits away.

While places like Derry still celebrate Samhain, cities like Dublin have adopted the modern interpretation with candies and costumes. The Halloween Carnival of Derry is legendary and is known for its food, drinks, and celebrations. It starts with Halloween and goes on for nine days!

Edinburgh is known as one of the most haunted places on earth. It also lays claim to the origins of Halloween through Samhain. The ghostly Scottish moors take on a spooky aura on misty nights as do the several castles that dot the spooky landscape.

Halloween here is all about the supernatural – witches and spirits. The Scots light turnip lanterns and huge bonfires to ward off spirits. Take a walking tour of this historic city on the Halloween night and join the locals in protecting our world from the supernatural. 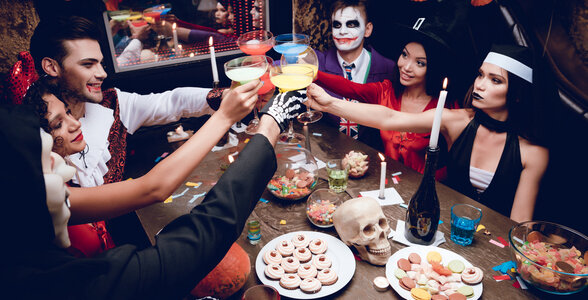 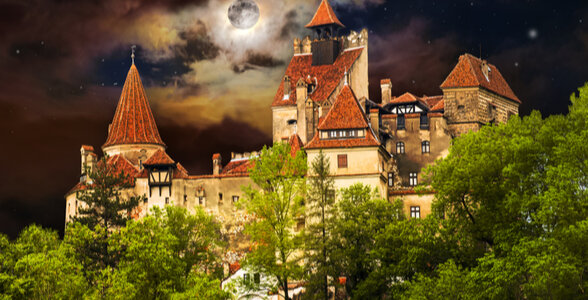 Transylvania has forever been associated with Count Dracula, the blood-sucking monster that terrorises the Romanian countryside. They say most of Dracula’s lore is rooted in the reality of their ancient ruler Vlad the Impaler. The beautiful Bran Castle near Brasov is known as Dracula’s Castle.

It is a national monument that hosts one of the most happening costume parties in Romania. Join the revellers as they dance the night away. Add more thrills to your celebrations with a night tour of Bran Castle. End your night with a gourmet dinner.

The Catacombs of Paris is a labyrinthine network of tunnels that runs for nearly 200 miles beneath the city. Some of the tunnels are home to macabre relics of the past. They are lined up to the ceiling with human bones of six million people.

It was conceived as a solution to address the overcrowding in graveyards of 17th-century Paris. About a mile of these tunnels is open for exploration. We can imagine nothing spookier than wandering amidst walls of human bones on Halloween. 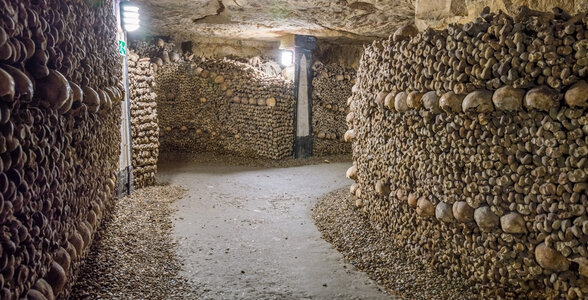 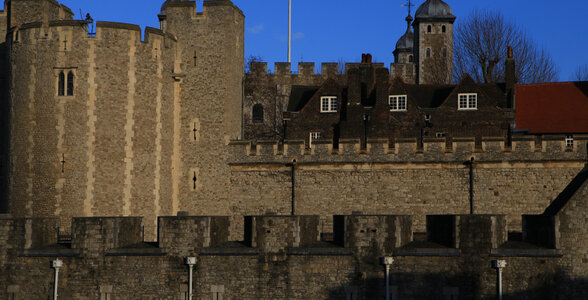 The history of the Tower of London is dripping with the blood from countless beheadings, murders, and tortures that have taken place here. There have been many reported sightings of ghostly apparitions that haunt its halls. It’s the perfect venue for a Halloween night outing.

It is the night for solving ghostly mysteries and interactive games like catching escaped ghosts. The sinister ambience of the castle plays a big role in setting up the mood for the hunt. Once you have solved it, head to the nearest pub for victory celebration.

If the recorded accounts of the Salem witch trials do not terrify you, they should. Countless innocent women were sent to their deaths in the most horrifying ways imaginable, on the suspicion of practicing witchcraft. Now Halloween in Salem is the time for Haunted Happenings.

The city transforms into a big stage and the celebrations start with a grand parade. Haunted attractions, theatrical productions and carnival keep the people busy through the day. At night the sky explodes in a dazzling display of fireworks. It’s a fascinating event to attend. 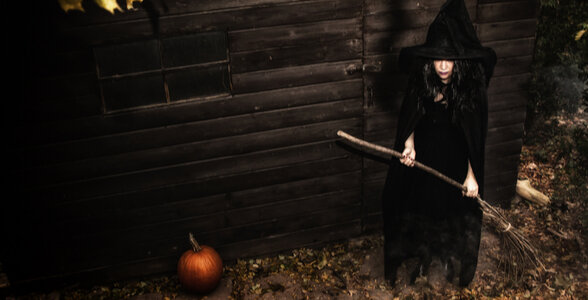 If you thought that Niagara Falls is only known for its rugged beauty, think again. For a lighter take on Halloween, head to Clifton Hills on its Canadian side. This famous street is home to haunted house attractions, wax museums, and lots of eating places.

The “Nightmares” haunted house is one of the most well-known scare attractions here. Supposedly built at the site of an old coffin factory it has all the right credentials to scare its curious visitors. It allows you to drop out if you’re too scared.

Halloween night is supposed to be scary but fun. These seven destinations will take you on a journey through real scares and surreal experiences. So, get ready to be spooked and enjoy the macabre.Boo!