Stories of mythical characters and legends weave themselves into the timeline of historical events until you can no longer differentiate one from the other. This seamless amalgamation of different attributes forms the very essence of the coastal city of Puri- the land of cultural and religious extravagance. Famous for its Ratha Yatra or Jagannath Yatra that draws in followers, cultural enthusiasts, and curious tourists from all over the world, Puri is also home to India’s largest coastal lagoon- Chilika Lake.

The significance of Ashada

The Hindu month of Ashada falls between June and July, and the entire city is wrapped in an air of festive cheer and celebration as it prepares for the Ratha Yatra. The yatra commences on the second day of the new moon of Ashada, which makes it a perfect time to take your family to experience this religious spectacle.

The story of the yatra 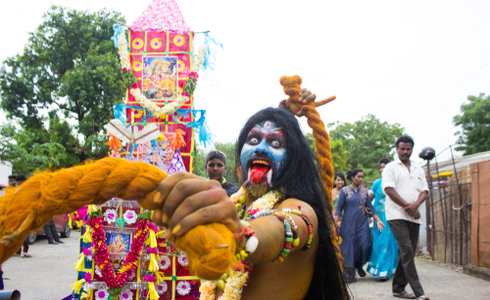 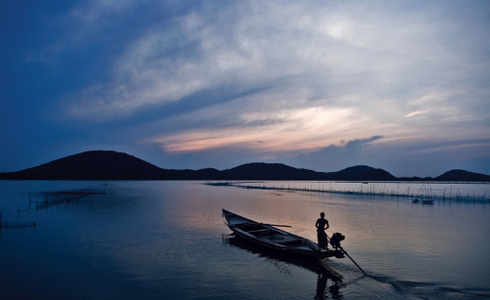 While multiple stories surround the occasion of the yatra, the most popular one tells about the desire of Lord Krishna to visit his birthplace, which leads to the journey taken along with his brother Balarama and sister Subhadra. The Jagannath Yatra commemorates this journey annually, and each year, the chariots are built anew with different materials.

The yatra is particularly significant, for it is only during this time that followers and devotees from every religion gain the opportunity to obtain a darshan of the idol. The sanctum sanctorum is otherwise open only to Hindus.

While the yatra may be the most popular feature of Puri, it is far from being the only one. Puri offers you pristine beaches with golden sand, meandering estuaries that are a haven to a medley of migratory birds, and majestic temples exemplifying the Kalinga style of architecture.

Places to visit near Jagannath:

Designated at the first Indian wetland of national importance under the Ramsar convention, the lake is Asia’s largest brackish water lagoon.

Head here for a tranquil day spent bird watching and spotting Dolphins near Satpada Island with the kids, or take a boat trip into the Bay of Bengal for a picnic with the family. Hop on a boat to get to Nalabana island- a bird sanctuary, or sail to the Chilika Island to visit the Kalijai temple.

A stunning architectural marvel of the 13th Century, the Sun Temple at Konark has been built in the shape of a massive chariot on 12 wheels with seven horses, symbolising the journey of Surya- the sun god, across heaven.

The stone temple served as a prominent landmark for traders and European sailors, who termed it ‘The black pagoda’. Rich with mythical stories, the Sun Temple draws in enthusiastic architecture aficionados as much as worshippers. The temple is surrounded by several smaller shrines that house shiv- lingas and various forms of Goddess Durga. 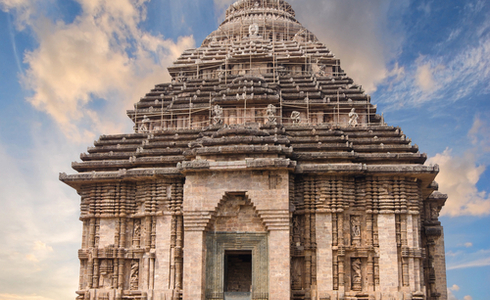 Wandering the little lanes of Raghurajpur Artists village will have you wondering what the village from Malgudi Days might have been like. Surrounded by coconut, palm, and mango trees, a tropic vibe greets you as you pass by houses with colourful mural walls.

The village is famous for its master Pattachitra paintings, which is a form of traditional scroll painting done on a piece of cloth or dried palm leaf. The art form dates back to the 5th century BC and often includes intricately carved images from mythical narrations, of demons, gods and goddesses, and ornamentations of flowers, animals, and birds. The village is a live master class in the local crafts and traditions of Orissa.

Built in the 9th century, under the rule of the Ganga Dynasty, with sandstone and laterite, the Vimala Temple can be found within the Jaggannath Temple complex in Puri. While it is a small shrine, it is of major significance to the goddess-oriented Shukla and Tantric worshippers and is an important example of the Shakti cult prevalent in Orissa.

If a fun, relaxing time is what you want, head to Puri beach and kick off those shoes and stick your feet in the sand! Located on the shores of the Bay of Bengal, this golden sand beach offers a magnificent sunrise to take home with you. Visit the beach at dawn to avoid the crowds and enjoy the soft waves crashing over the coastline. Indulge in a cup of tea, street food, and some delicious fish fry along the beach. If you are looking for some fun activities for the kids, you will find multiple opportunities to get them on a camel or horse for a ride.

With so many places to see and things to do for the whole family, there is no reason why you shouldn’t make a trip to Puri a complete holiday for everyone.