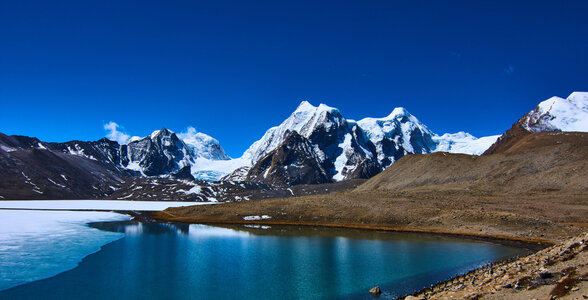 September in India is the time of receding monsoons, with the heat slowly easing during this period of the year, allowing for relatively cooler temperatures. With a country as vast as India, there are nearly endless options to choose from when planning a trip in September, whether it is a couple's vacation to see the Taj Mahal at night or a family holiday to Srinagar, the options in September are innumerable.

With relatively cool temperatures throughout the year, mountainous peaks all around and an awe-inspiring yet serene surrounding, Lachen in Sikkim is the ultimate hill station spot during September. September is the tail-end of the monsoons here, with much less rainfall than the peak months of June-July, allowing for easier visits to various sites in the surrounding area.

What to do in Lachen - Explore Gurudongmar Lake (the Green Lake), trek through Lachen valleys like the Chopta valley or Thangu valley, seek blessings at Lachen Gompa Buddhist monastery, and buy authentic local handicrafts.

Weather in September- Temperature ranges between 12°C and 22°C with occasional drops below 10°C, rainfall is occasional.

How to Reach Lachen- The nearest airport is Bagdogra, about 200km from Lachen, from there you’ll need to take a state bus or a taxi. If you plan to travel by train, you can reach Lachen via Darjeeling train station, about 175km away.

One of the most popular hill stations in the nation, Lonavala in September brims with peaceful glory without hordes of peak season tourists. With the temperature rarely exceeding 27°C in September (and much lower on average during the month), Lonavala has more beautiful sights to see than one can accomplish within a single trip.

What to do in Lonavala- Visit Bhushi Dam, trek Tiger’s Leap, watch the sunset at Lion’s Point, explore Rajmachi Fort, stop over at Karla Caves on your way to Lonavala.

Weather in September- Temperature ranges between 22°C and 27°C, rainfall is moderate, so carry protection.

How to Reach Lonavala - Since Lonavala is located between these two cities, the nearest airports are Pune and Mumbai city airports, from there you can take a bus, taxi or train to Lonavala. Due to its location between Mumbai and Pune, Lonavala is easily accessible by most means of transport. 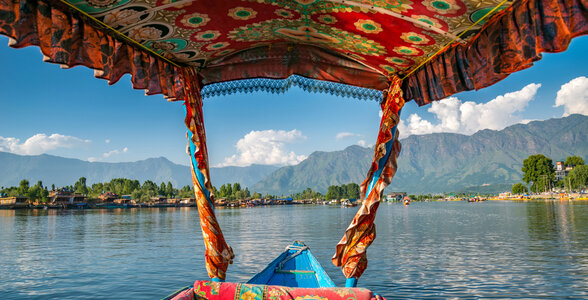 Daman and Diu is a Union territory in the north-western part of the country, the two areas are separated by the Arabian Sea and both were Portuguese colonies in the past. As they are both in coastal areas, these two important locations have plenty of sightseeing sites in and around the area.

What to do in Diu:  Visit White sand beach of Nagoa, beaches like Ghogla and Jallandhar, Diu Fort, St. Paul's Church, Naida Caves.

Weather in September- In Daman, temperatures range between 24°C and 30°C while Diu has a similar 20°C to 31°C range. This is the prime monsoon season in Daman so rainfall is to be expected, while Diu also finishes its monsoon during the month but has much less rainfall.

Arguably one of the most popular tourist destinations in India, Srinagar is situated amidst an endless number of tourist sights and locations. With lakes, gardens and pretty architecture and mild temperatures in September, Srinagar is a place to make memories. Most tourism in this area takes place during summer, so September is a great way to experience the beauty of Srinagar without the crowds.

What to do in Srinagar - Trek to and around the Great Lakes, Nishat Bhag on Dal Lake, walk through the Mughal Gardens (Chesmashahi, Nishat, Shalimar), explore the Old Town area. For adventurous people, there is paragliding.

Weather in September - The temperature is mild, ranging between 12°C and 27°C but averaging around 20°C during the day. Rainfall is rare during this time.

How to Reach - Srinagar has its own airport, which connects to Jammu, Mumbai and Delhi airports regularly. Taxis and buses are also available from Jammu and other cities in the area, but there are no proper railway connections so travelling by road is your best bet.

For a change of mood, Ooty is one of the best hill stations in South India and is located in the Western Ghats in Tamil Nadu. Although September is still considered the monsoon in the area, it is well worth the hassle to visit Ooty during this time. From the century-old Nilgiri mountain railway ride to speed boating on Pykara lake, Ooty can be both the most peaceful and most thrilling trip you ever make.

What to do in Ooty - Visit Dolphin's Nose with stops at the tea plantations and Catherine Falls, revel in nature at the Ooty Botanical Gardens, Upper Bhavani Lake, camp and raft on Avalanche Lake, walk through the Pine Forest between Ooty and Thalakunda.

Weather in September- Ooty has the best weather in September of all the options covered in the list. With the average ranging between 10°C and 19°C, some might find this a little chilly, so be prepared with warm clothes.

How to Reach Ooty - The nearest airport to Ooty is Coimbatore Airport, about 88km away. From there, trains, buses and taxis can get you to Ooty. The nearest railway station connecting the city to other major locations is Mettupalayam, about 47km away.

So what are you waiting for, book a ticket to any of these amazing destinations in India in September.  For a more memorable and magical holiday experience, book a stay with Club Mahindra!