Amidst flower-scented meadows and towering mountains, nestles one of the most loved holiday destinations in India - Club Mahindra Gangtok. Close to the city, this spot spells tranquillity. Clouds hover outside your windows while birds are regular visitors at your balcony. This is where you experience nature at its best.
show more

Twittering birds sing at your windows, urging you to come out and play at Club Mahindra Gangtok. Reminisce your childhood as you engage in some mountain cycling amidst the beauty of Sikkim’s untouched nature. And when you come back, delicious dumplings wait to be relished.

Relive the past and enjoy a fascinating dinner cooked on a traditional stove, with your family. Satiate your penchant for learning with a workshop on magic. Learn how to paint rocks and create your own souvenirs. Where? Only at Club Mahindra Gangtok.

Witness the Amazing Sunrise over Himalayas from Tashi Viewpoint

Make a Stop at Zuluk, along the Ancient Silk Route

Club Mahindra Gangtok marries modern amenities with nature’s indulgences. Have a secret conversation with a twittering bird in our warm and snug studio room with a private balcony &nbsp;Or, enjoy a movie night with the family. The choice is yours.

Endless cups of coffee over never-ending banter as the kids binge-watch their favourite cartoons on television. Our comfortable studio rooms take care of each family member’s needs and indulgences. While the elders retire to the private balcony and marvel at the view outside, peace never leaves your side.

Fun transcends all barriers. Here, fun bonds the family as one. Where warm giggles waft in the air and celebrations are a habit. Where every moment is exciting and worth waiting for. Come, play the game of life only at Happy Hub. 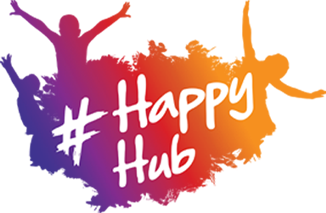 An exciting game of chess or an adventurous rock-climbing escapade. Followed by a sumptuous meal. Can there be anything more uplifting? Visit our restaurant that serves delectable local delicacies and continental cuisine. Satiate your palate with regional delicacies such as Thukpa and delicious Momos.

What are the room amenities at Club Mahindra Gangtok resort?

Set amidst flower-bedecked meadows and the mighty mountains, our rooms provide everything that you could think of. From private balconies to plush pillows, tea/coffee maker to LED TV, laundry service to hair dryer, mini fridge, geyser and a bathtub, you are bound to feel at home.

What are the top USPs of Club Mahindra Gangtok resort?

Life at Club Mahindra Gangtok is a bed of roses. Here the sweet scent of flowery meadows fills your senses. While the angelic snow-capped Himalayas kiss a spread of dewy greens. Relish some local delicacies such as Momos, Thukpa and Hakka Chicken. You can also take part in enthralling activities such as birdwatching and rock painting.

How do I reach Club Mahindra Gangtok resort?

It is possible to reach Club Mahindra Gangtok by air, rail and road. The closest airport is Pakyong, which is 31 kms away from Gangtok. Alternatively, you can take the train to New Jalpaiguri or Siliguri railway station and then drive to Gangtok, which would be 4-5 hours away by road.

The best time to visit Club Mahindra Gangtok is between the months of March and April. The air temperature fluctuates between 11 degree Celsius and 24 degree Celsius. This time of the year is usually pleasant. With the temperature never reaching an unbearable limit, any time is suitable to visit Gangtok.

Our resorts in Baiguney, Namchi and Darjeeling are quite close to Club Mahindra Gangtok.

What are the things to do around Club Mahindra Gangtok resort?

You can make your way to Nathu La Pass and gaze into Tibet. Or perhaps, sit in tranquil silence at the stunning Rumtek Monastery. There are many exciting adventures around Club Mahindra Gangtok to indulge in. Our guests usually go birdwatching, trekking or simply watch the splendid sunrise at Tashi Viewpoint.

What is the transfer available from Club Mahindra Gangtok resort?

Paid transfer service is available from the airport to the resort as per your request.

What are the tours available from Club Mahindra Gangtok resort?

Guided tours and treks are available to the Tashi Viewpoint, Rumtek Monastery and the Himalayan Zoological Park, close to the resort. You can contact the Front Desk for further queries.

What are the different languages spoken by the staff at Club Mahindra Gangtok resort?

Most of our staff are multi-lingual and can speak English, Hindi, Nepali, Bengali and Lepcha.

How many days are ideal for a holiday at Club Mahindra Gangtok resort?

4 to 5 days usually suffice for a short vacation at Club Mahindra Gangtok. Through this time, you can indulge in both the in-resort and out-of-resort facilities available here.