Charming, peaceful, beautiful and mesmerising…there are so many adjectives to describe Gangtok that you would soon run of out of words. And yet, you would not be able to fully describe how truly remarkable this city is. If you haven’t already done so, you must certainly holiday in Gangtok soon.

You might not know too much about Gangtok, so it is better to brush up on your knowledge of the place so that you can enjoy it much more when you have a frame of reference to compare to.

Gangtok is the capital of the State of Sikkim. It has one of the largest Buddhist populations in India. However, its over 1,00,000 population belongs to different Buddhist ethnicities like Lepchas, Indian Gorkhas and Bhutias. It brings most of the State tourism revenue, and is being developed as a housing destination as well. Today, the peaceful idyll of Gangtok is somewhat undergoing a change due to the development of housing blocks here. However, most of its earlier character is still intact, so you can enjoy its pristine beauty for a bit more.

This beautiful city has many firsts to its name. For starters, the Enchey Monastery which is this region’s first Buddhist place of worship, was set up here in the year 1840. Apart from its spiritual leanings, Gangtok has also been a traditional point of commerce and trade, especially in the early 20th century. It has been a major stopping point on the trade line spanning Tibet and Kolkata, right from the time of the British Empire in India. The British wrested control of the region from the ruling Tibetans in the 18th century.

The capital of Sikkim is today recognised as a prime tourist magnet, especially owing to its location in the Himalayan range. Its geographical location gives it a strategic advantage, in terms of cool climate, fresh air and gorgeous scenery all around. You would do well to holiday in these parts with your partner – how about a mini break with your partner over a long weekend? Just pack your bags and leave, and have the most memorable holiday of your lives! Or maybe you would like to bring your entire family with you, parents and children included. There couldn’t be a more divine setting than Gangtok.

How To Reach Gangtok

There are a number of ways to reach Gangtok. Try any of these options:

* By Air: Gangtok does not have its own airport. The nearest one is located at Bagdogra in West Bengal. From here, you can take a private car or taxi to Gangtok and make the journey in a couple of hours. You will love this drive because it goes around mountains and the River Teesta is your constant companion on one side. Another option is to take a TSA helicopter from Bagdogra to Gangtok, which takes about 20 minutes. Look online or at Gangtok tourism guides for information on booking your seat on the helicopter. There are no chopper services during the monsoon and during storms.

* By Road: Many tourists prefer to reach Gangtok by road, since the roads are small but the scenery is fantastic. You can reach Gangtok via road in your own car or bus from Kalimpong, Kolkata, Siliguri or Darjeeling. Be careful about driving in the monsoon season. The roads are not in bad condition, but they are not in excellent health either. The monsoon season often sees disruptions owing to road depressions, slight cave-ins, etc.

* By Railway: Gangtok does not have its own railway station. The nearest railway head is at Siliguri’s New Jalpaiguri. It is about 148 km away from Gangtok, which means that once you alight at the station, you will have a long drive ahead of you to reach your destination. You can take a taxi or a State Transport bus from New Jalpaiguri or Siliguri Bus Station. The advantage of this station is that it is well connected to a number of ordinary and Express trains, most of them coming from Delhi and Kolkata.

The Best Things To Do Gangtok

Gangtok offers many opportunities for sightseeing, exploration, quiet contemplation and even adventure sports. Older adults will like its serenity and quiet quality, while younger people will love to see all the places and meet new people. We list some of the must-experience things to do in Gangtok for the first time visitor:

* Visit all the tourist spots: Gangtok is not a very big place, in terms of geographical area and spread. But it is full of the most scenic tourist hangouts for you to marvel at. Hire a car and finish the faraway spots first, so that you can spend the remainder of your trip walking around, picnicking in and simply sitting at cafes and watching the world go by. As far as tourist places are concerned, you must visit the Tashi View Point, Pemayangste Monastery, the Seven Sisters Waterfall, and Menmecho Lake, among other famous points.

* Get up close with nature: The Shingba Rhododendron Sanctuary in Lachung is one of the most beautiful spots in Gangtok. Visiting it is one of the best things to do in Gangtok with the family in tow – marvel at the over 40 species of rhododendron trees that come into full bloom during the spring season. Also, there are many other kinds of natural vegetation here that attract several species of birds, both Indian a`nd foreign. 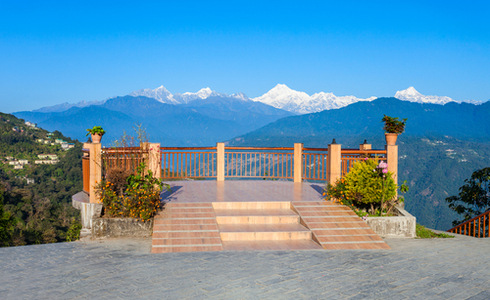 * Take a yak safari: You will have one of the most unforgettable experiences of your life when you do one of the most popular things to do in Gangtok – take a yak safari. The safari commences at about 8 am during most times of the year, barring rainfall and extreme winter conditions. It goes across the Gurudongmar Lake, Thangu Valley and Chopta Valley. Your family and you will love this novel experience and the sights and sounds around you.

* Climb every mountain…Are you agile, have the perfect body balance and a thirst for pushing your physical boundaries? Then mountain climbing is for you. Mountain climbing is one of the best things to do in Gangtok, provided you do so under the guidance of an expert guide. However, you will need to have some basic grounding in this activity, and an optimum level of fitness. Head to Bulbulay Dara to hire the kit and gear for it. 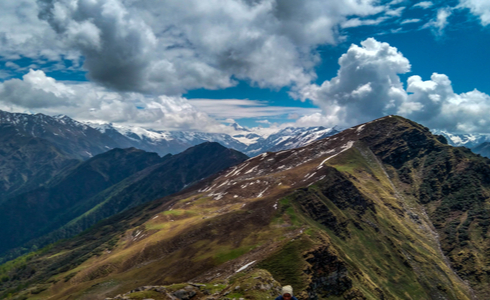 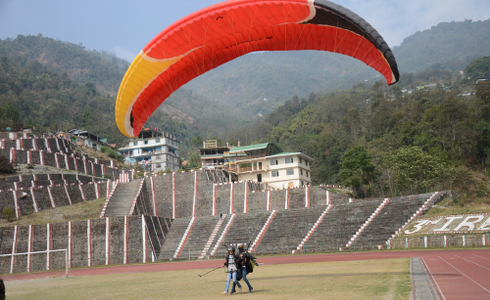 * Go paragliding: Paragliding has gained prominence among major adventure sports in this city. It is one of the most exciting and calming ways to see Gangtok from your vantage point in the sky. You can go paragliding over the Himalayan ranges.

* Ride the cable car to look at Gangtok from above: Take a 1 km-long cable car ride in a ropeway car, each of which carries up to 24 passengers. The ride includes three stations: Deorali, Namnang and Tashiling. You can choose to alight at any of the stations, or continue the to-and-fro journey without alighting even once. The cars are full and the queues are long during the tourist season, but this is undoubtedly one of the best things to do in Gangtok.

* Get spiritual peace: Who would have thought that a monastery could look like a palace? But the Tsuk La Khang monastery does, and despite its lofty appearance, it is an abode of tranquil peace for every visitor. It is run by the Chogyal family and also has a Royal Chapel in the main centre of the structure. There is also an assembly hall and several Buddhist sculptures all around. Interestingly, the palatial monastery is a popular choice for marriage and coronation ceremonies among Sikkim’s royal persons to this day.

Where to Stay in Gangtok

Staying at the right accommodation is important – it sets the tone for your holiday, and helps you relax and enjoy your trip a lot more. We recommend the Club Mahindra Gangtok Resort. The property overlooks the Chola Mountain range, and offers luxurious rooms in an idyllic setting. You will love the food served at the resort’s restaurant, which is one of the finest restaurants in Gangtok. Then there is the prospect of having every creature comfort at your disposal, from 24/7 housekeeping services to a well-appointed spa. When you wish to explore the property, do so at will and also step out to take a walk around, or enjoy a trek close by.

If you just want to relax at the resort, stay put at the library or go for a swim. You can even choose a therapeutic massage at the gym, to remove all the city stress and exhaustion from your body. In short, everything you need is taken care of at this splendid resort, and you and your family will love staying here every time you are in Gangtok.