One of the oldest civilisations in the world, India boasts a rich heritage and culturally diverse population. The land is blessed with a myriad of attraction sites, extending from the beautiful snow-covered mountains of the Himalayas in the north to the scenic coastal regions in the south and the lush green tea gardens in the east to the breath-taking wildlife sanctuaries and pilgrimage sites in the west. The country is home to serene landscapes and ghats and features innumerable picturesque destinations.

One such incredible site hidden amongst the several striking locations in South India is the Munroe Island, also referred to  the Venice of India. Nestled in the backwaters of Kollam in Kerala, the Munroe Island is a natural gem, featuring lovely surroundings and unparalleled beauty. The island offers visitors stunning views of the lush green coconut plantations and a peek at the day-to-day life of the local villagers of Kerala. It stands strong to preserve its local culture and ancient traditions and is home to a variety of flora and fauna. Besides, the place features many authentic food joints and hosts several vibrant festivities that offer people a  respite from the chaotic life of big cities.

Where is Munroe Island?

Known for its heritage and picturesque locations, the beautiful Munroe Island features eight small islets. These mini islands are separated by lakes and small water channels. Located in Kerala, the place is situated at the confluence of Ashtamudi Lake and Kallada River and offers tranquil and inspiring views of the surroundings. It lies 27 km away from Kollam and about 12 km west of Kundara and is spread in an area of about 13.4 sq km. The island is accessible by road, railways, and inland water navigation.

Notably, Munroe Island is named after Resident Colonel John Munro. In 1795, when the British gained the governance of the princely state of Travancore, they appointed Residents to look after the administration of the state. Resident Colonel John Munro was the second Resident appointed by the British government. During his time, he dug canals and integrated several backwater regions. He offered the missionary church a deserted island to train priests and set up a religious academic centre. The grateful church society, touched by his act, named the place in his honour. 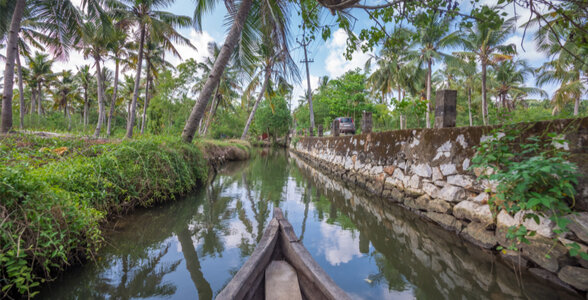 What to do at Munroe Island?

A gorgeous yet lesser-known destination of the India, the Munroe Island features spectacular landscapes and soothing backwaters. The place is deeply rooted in the lap of mother nature and features heavenly beauty. Here is a list of things that Munroe Island offers.

Kerala is undoubtedly home to some of the scenic places in India. Munroe Island offering a pristine and tranquil view of the serene backwaters is one such destination. Situated between Ashtamudi Lake and Kallada River, the island ensures a calming experience for visitors. Unlike other popular destinations such as Alleppey, the canals of Munroe Island are located far away from the hustle and bustle and offer visitors a chance to gaze at the simple and beautiful life of the local community from afar.

Offering a glimpse of the rich history of the place and its people, Munroe Island features a beautiful Dutch Church. The religious site was built long back in the year 1878 and there is an understanding that it is one of the oldest churches in Kerala. The place is located on the banks of Ashtamudi Lake and promises divine scenic beauty. Also, its building is a prime example of Kerala Dutch-style architecture and one of the most popular sites on the island.

Another significant historic site at Munroe Islands, John Munroe Bungalow is the place from where the Resident Colonel carried out his administrative work. The bungalow dates back 200 years and is now converted into a museum, housing photographs of the colonel and his family. The place is another colonial-styled relic and features a large veranda at the front.

The Munroe Island is a unique destination as it hosts a variety of flora and fauna. The island is dotted with spice and rubber plantations and coconut farms. It is home to many lesser found birds and an ideal spot for birdwatching. People exploring the island can spot kingfishers, Brahminy kites, egrets and many other migratory birds here. Besides, the island also provides a unique habitat for aquatic life and houses freshwater prawns, lobsters, crabs, clams, oysters, and much more. 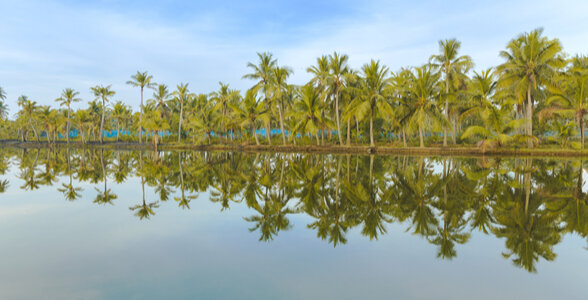 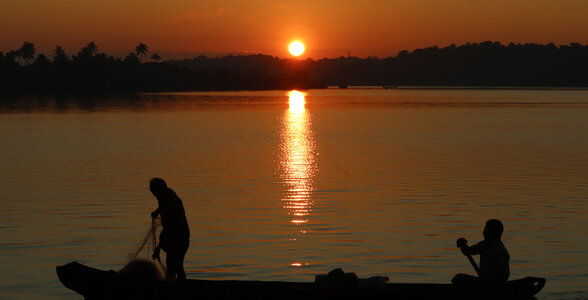 People at Munroe Island celebrate festivities with great zest. The main attractions at many religious processions are elephants. On such occasions, homes are lit with candles and devotees gather at temples for final rituals. Fireworks are also not uncommon during celebrations.

Besides, the Kallada boat race is another popular event the island hosts. The race is organised every year at the Kallada River and can be conveniently watched from Munroe Island. The annual event is a big deal for people in the neighbourhood as many famous snake boats participate. The race is held 28 days after Onam and the winners are awarded grand prizes.

Secluded from the outside world, the people at Munroe Island lead a happy and satisfying life. Both men and women engage in activities like fishing, agriculture, and pisciculture to earn their livelihood. The locals in the region are exceptionally kind and welcoming of tourists.

Famous for its history, heritage, nature, and scenic sites, Munroe Island is an amazing tourist destination and worthy of being called the Venice of India. If you are planning a trip to Munroe Island, you can stay at our beautiful resort, Club Mahindra Ashtamudi. A short distance away from Munroe Island, our resort adds to your magical holiday in Kerala.