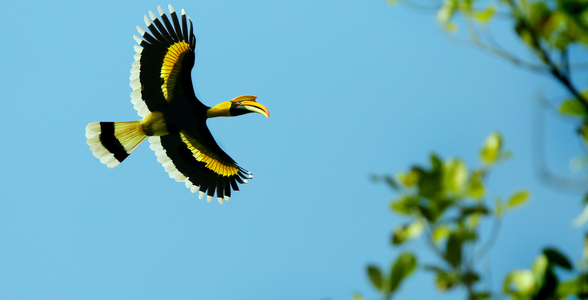 India is dotted with rare ecosystems featuring rich flora and fauna, most of which is exotic to its mainland. The plethora of stunning creatures like Kashmir Stag, Royal Bengal Tiger, Gir Lion, and Lion-tailed Macaque in Kerala have made India a destination for forest safaris as well as bird watching. If you wish to go bird watching in India, then there are umpteen places of interest for you to explore. Let’s take a look at some of these surreal destinations.

What is Bird Watching?

Bird watching is growing rapidly as a popular hobby of nature enthusiasts all over the world. It involves sitting patiently with a piece of equipment like a binocular and watching rare exotic birds in their natural habitat. It is also known as birding and is not only a recreational activity but also a means of scientific study. If you are an avid bird lover and wildlife enthusiast, then you will surely be excited to visit these 10 best birding places in India.

The Western Ghats is known for its lush green flora and vibrant collection of fauna. Out of this mountain range, the Nilgiri Mountains in Tamil Nadu is often touted to be one of the best places to go bird watching in India. Apart from the Nilgiri, there are other locations like the Cotigao Wildlife Sanctuary in Goa, Nagarhole National Park in Karnataka, and Thattekad Bird Sanctuary in Kerala. You can find almost 22 unique bird species in this region, making it a real treat for bird watchers.

Almost 90% of the islands in the Andaman and Nicobar archipelago are untouched by human civilization and rest in their pristine condition. This makes it one of the most sought-after birdwatching destinations in India. As an avid birding enthusiast, you will find at least 25 endemic species here along with 250 other common bird species. Among the rare birds to look out for in this region are the Narcondam Hornbill, Hume’s Hawk Owl, and Andaman Woodpecker.

Located in the rich diversity of Arunachal Pradesh, the Eaglenest Wildlife Sanctuary remains to this day, the largest pristine stretch of forest in India’s mainland. Visitors here have reported observing more than 500 novel species of birds at several locations situated 500 to 2800 metres above sea level. Two of the most beautiful and exotic birds to watch out for here are the Bugun Liochichla and the Snow Partridge, making it a great location for bird watching in India. 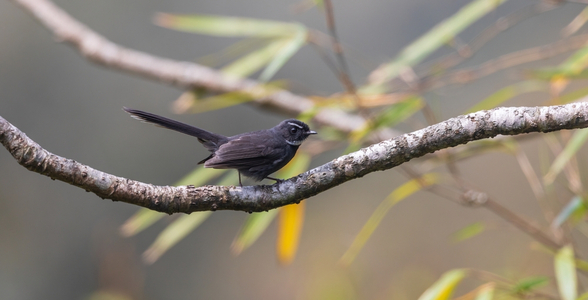 The next location in this list is also from the same state but continues further into China as well. It begins from the floodplains of the Dibang River and extends beyond the foothills of the Shivalik Mountain range. With its lush tropical evergreen, sub-tropical alpine, alpine meadow and a mixture of many other forest types, the Mishmi Hills are one of the best places to go bird watching in India. In this region, you may easily come across rare species like the Fire-tailed Myzornis and the Black-breasted Parrotbill, among many others.

North East India has many more birding destinations like the Maguri Beel Wetland in Assam. This wetland is located at the meeting point of the Lohit and Dibru Rivers and is considered the gateway to the Dibru-Saikhowa Biosphere. It is a hotspot of winter migratory birds and one of the several places to go bird watching in India. You can find quite a few water birds here like the Falcated Duck, Bar-headed Goose and Ferruginous Duck.

Moving to the far west of the country, the Keoladeo Ghana National Park is yet another hub of bird watching in India. It is also listed as one of the several UNESCO World Heritage sites in India because it is home to more than 370 species of rare birds. Moreover, this location is known to be one of the very few winter habitats of the exotic Siberian Crane.

This bird sanctuary, located in Karnataka, is the largest in the state and is frequented by tourists from Bengaluru and Mysuru as well. It is one of the several bird watching destinations in India that was also visited by famed Indian ornithologist Dr. Salim Ali. In fact, it was Dr. Ali who convinced the King of Mysuru in 1940 to declare Ranganathittu as a protected wildlife sanctuary. 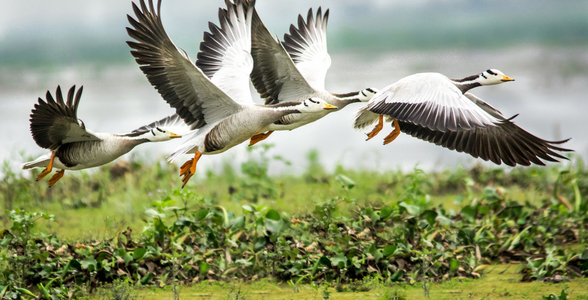 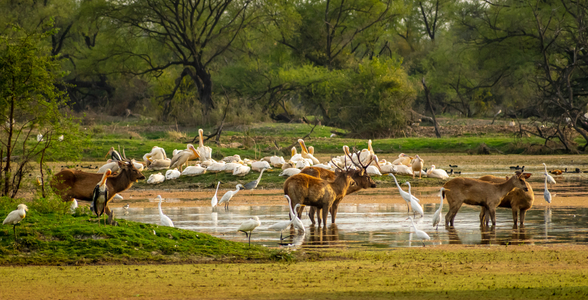 Pangot, Nainital and Sattal are part of the foothills of the Shivalik range and home to about 250 species of Himalayan birds. It is considered a paradise for bird watchers in India and features some of the most stunning species of migratory birds. You can find rare bird species like the Bearded Vulture, Himalayan Woodpecker, Slaty-headed Parakeet, Chestnut-headed Laughingthrush and Green-tailed Sunbird if you are able to choose the best time for birding here.

The Rann of Kutch in western Gujarat is possibly the largest expanse of land (5000 square kilometres) that is dedicated as a wildlife sanctuary. Moreover, this patch of land is over 66 million years old and today is home to some exotic bird groups like raptors and waders. With more than 300 native bird species residing here, it is easily one of the largest and best birding places in India.

Last but not least, the Jim Corbett National Park boasts six prominent birding trails that every bird enthusiast should explore. The Haati Dangar, Kosi Barrage and Sitabani, the trek from Kyari to Pwalgarh, the Garjiya Temple, the route from Mohaan to Kumariya and Bhakrakot to Marchula are some of the most popular places to go bird watching in the Jib Corbett National Park area.

Related Blog: Places for Sightseeing near The Jim Corbett National Park with Family

Bird watching in India can be both an exciting as well as a tiresome activity because of hours of lying-in wait for the exotic species of birds to emerge. Therefore, you will need a relaxing place to stay as well. Club Mahindra resorts in Jim Corbett Nainital offer bird watchers not just the facility to go on birding safaris but also to experience the local Komaoni culture. With an exotic retreat in the forests of Kumaon, you can even indulge in bird watching from the warmth of your hotel room. 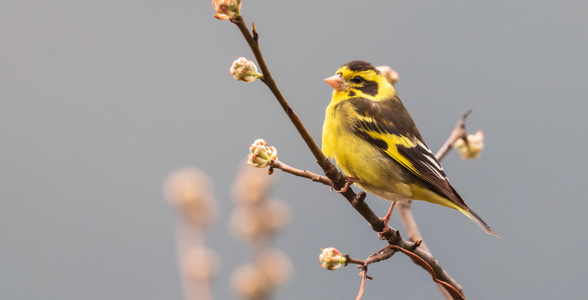