Who would have imagined that Vasco da Gama’s arrival at the Malabar Coast would set off a chain of events that would shape Goa in the way that we see it today? Goa is undoubtedly one of the most popular tourist destinations, the first choice for the first-ever trip one embarks on with friends during their college days. 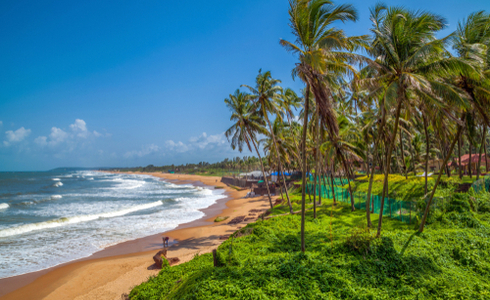 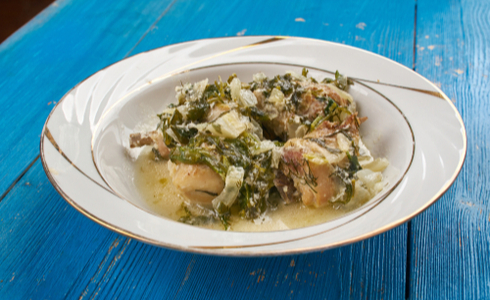 Its white sand beaches and its rich history influenced by Portuguese elements are to be credited for its appeal.

When it comes to Goa tourism, a treat to your senses is what you can expect. Regardless of what you do in Goa, you cannot miss the opportunity to savour the scrumptious treats it has to offer. You can taste the Hindu roots, 100 years of Muslim reign and 451 years of Portuguese colonisation in Goan food.

Goa is the perfect embodiment of cultural and religious harmony between the Konkani and Portuguese, so much so that you can even spot some of the Portuguese in Hindu temples. With rice, seafood, coconut, vegetables, meat, pork, and local spices being some of the main ingredients, Goan food gives you taste of the west while satiating your Indian taste buds. You could love seafood or be a vegetarian; Goa has something in store for all. Make your next trip to this place all about trying the delicious Goan food and be sure to try these six dishes: 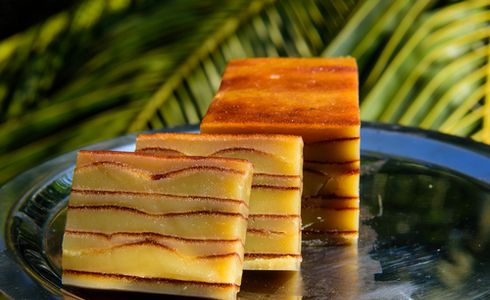 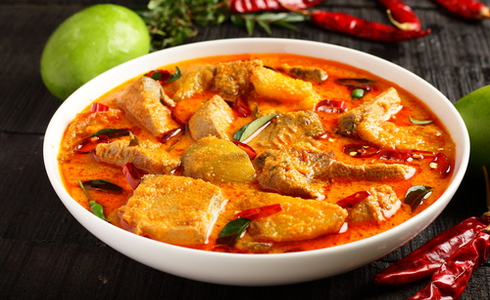 This spicy dish is evidence of the heavy Portuguese influence. Often coupled with potato wedges, this dry chicken starter has mostly chicken legs and typical Indian spices tamarind, cinnamon, pepper, green chilli, mace, and clove powder. When in Goa, one must try this dish with Goan pao.

Said to have been invented by a nun called Bibiona, this sweet delicacy uses a traditional ingredient-coconut. It is a multi-layered (seven layers) coconut cake, which doesn’t have a long list of ingredients but is said to be a tedious task to prepare. Its sweetness can be attributed to jaggery, which is one of the most prevalent sweeteners in India; even though Portuguese elements highly influence Goan food, there is still a lot of “Indian-ness”. This dessert, which is a unique fusion of the west and the east, is best savoured with ice-cream.

Being in Goa means that you have to try seafood, especially if you happen to enjoy it. This dish is prepared with pomfret fish and a wide array of Indian spices, which includes coconut, garlic, ginger, Kashmiri chillies, methi, and raw mango. It is best enjoyed with rice.

Given that seafood is so popular here, it might be overwhelming to be a vegetarian on a Goa culinary tourism experience. Do not be disheartened as this particular dish does not deviate from its Hindu roots at all. The Goan Khatkhate is a gravy dish made with yellow pigeon peas, Triphala, seasonal vegetables, and coconut gravy. Spicy and sour, this dish is best enjoyed with steamed rice or white bread.

Now that your food itinerary is covered, what about tourism? Goa tourism is an experience you cannot miss. Beaches are certainly the hotspots, but is that just it? Saying that Goa is known only for the beaches might be an understatement as the place has so much more to offer. From beaches to forts to churches to temples, Goa is the place where you can let your hair down as well as get in touch with your spiritual side. The Basilica of Bom Jesus and the Mahalaxmi temple are must-visit spots here. While you roam around to satiate your wanderlust, you can also munch on some tasty street food of Goa including prawn chops, sorpotel and chicken lollipop that are sold in various food stalls and food trucks across the city.

What about accommodation though? Club Mahindra has you covered. When in Goa, you can choose from three of the Club Mahindra resorts: Varca Beach Resorts, Acacia Palm Resorts, or Emerald Palm Resorts. There are plenty of things to do in Goa. Apart from the sightseeing, you can partake in water sports such as snorkeling, flyboarding and scuba diving or even go on a jungle tour. When in one of the three resorts, not a single day will be spent wondering what you can do as your itinerary will be prepared for you. Several resorts can be found in Goa, but Club Mahindra Goa resorts offer you the best of luxury, adventure, and local Goan food all under the same roof. Hundreds of Club Mahindra reviews serve as a testament to all things good that Club Mahindra has to offer.

Goa tourism is so much more than one can imagine. It is not just the beaches that are breath-taking, but the churches and the food remind us of the Portuguese times Goa has seen. Even the temples couldn’t escape the Portuguese influence! So, make sure that your trip to Goa isn’t all about just the tempting, white sand beaches but also the food, culture, and heritage Goa has to offer. When holidaying here, choose Club Mahindra Goa to have the trip of a lifetime.