Often referred to as ‘kalpa-vriksha’, the coconut tree is known to provide something useful with each of its parts. 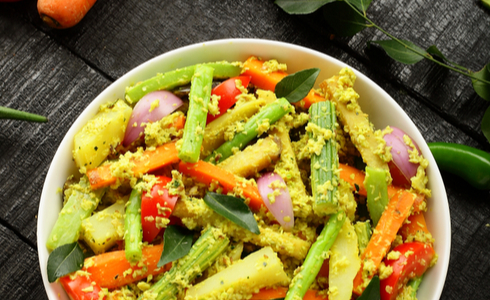 Often referred to as ‘kalpa-vriksha’, the coconut tree is known to provide something useful with each of its parts. The coconut fruit, especially, is a favorite in the coastal regions of India and is an integral part of the cuisine in almost every coastal state. Here, we list down some of the most popular and must-try dishes made with coconut in different forms in the various states of India. Make sure you go through the list while munching on some crispy banana chips fried in coconut oil.

Aviyal, a popular dish from South India is an important part of cuisine in Kerala as well as Tamil Nadu. It is a gravy-based dish made with mixed vegetables. These vegetables are cooked in coconut and curd or tamarind or raw mango and are then seasoned using curry leaves.

The legend goes that Bhima created this dish during the exile of the Pandavas. When Bhima, in disguise, assumed the role of a cook, it is believed he created this dish from whatever he could find in the royal kitchen, as he had very little knowledge of recipes.

You can enjoy authentic aviyal in the Club Mahindra Alleppey Resort, Kerala, along with other traditional lip-smacking coconut-based dishes such as Alleppey fish curry, meen moilee (fish curry in yellow gravy), kurukku kalan (coconut-based curry), sambar and rasam, and finish your meal with some sweet payassam. 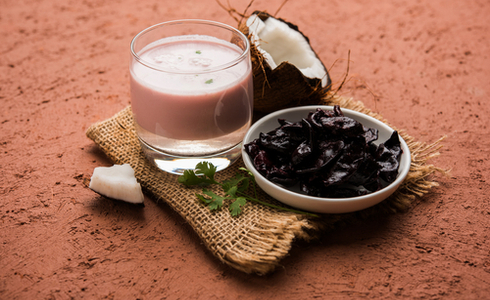 A spicy and sour appetizer made by mixing kokum in coconut milk and garnishing it with coriander and chilies, the sol kadhi is a yummy drink enjoyed in Maharashtra’s Konkan coast. It is known to be good for digestion, for cooling the system and preventing nausea.

The Club Mahindra Green Leaf Resort and Spa at Ganpatipule, Maharashtra has chefs who specialise in the traditional Malvani cuisine of the coast of Maharashtra. You will be spoilt for choice with delicacies like Mori Masala (spicy shark curry), Paplet Saar (pomfret in gravy) and Bombil Fry (Bombay duck fry).

Vegetarians too can choose from an equally varied menu of traditional local dishes such as Phanasachi Bhaji - a delicacy made of jackfruit, chilies and spices, and Kajuchi Amti - a spicy cashew curry.

Green Leaf's chefs have also mastered the art of bringing together the warring vegetarians and the non-vegetarians with their selection of desserts - Dhondas or Cucumber Cake, Ghavan- a fried lace like pancake, and Khaproli, a dessert consisting of a pancake dipped in syrup. A dish especially popular in Coorg, but also enjoyed in other parts of Karnataka, the Kombu Barthad is a spicy preparation of mushrooms cooked in curry leaves and coconut vinegar. If you, like us, are big fans of mushrooms, then you should taste this unique preparation.

If you are more of a “Mushroom? No, thanks!”- kind of a person, then too, you should try this dish; because it is so delicious that it might just change your opinion completely. 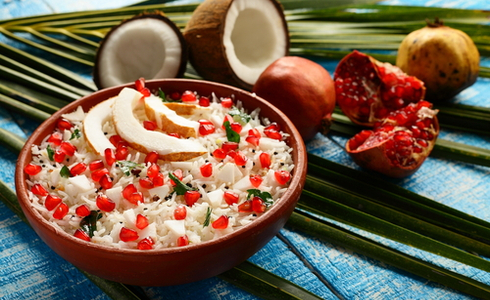 An elaborate traditional chicken recipe from Goa, the Chicken Xacuti is prepared with coconut and lots of spices and is ideally enjoyed with pav (bread) or with rice. The Xacuti is a form of traditional Goan curry made with grated coconut and spices. It originated in the present-day Arambol in Goa where the local fisherfolk would prepare this curry with the freshly caught fish or chicken available locally. The gravy, in itself, is a carnival of flavors. It is made from coconut, onion, coriander, poppy seeds, ginger, garlic, turmeric, cloves, chilies, black pepper, nutmeg, cardamom, and cinnamon, and has a uniquely delicious taste that makes it occupy a special spot in the hearts of every Goan.

Narali Bhaat is a form of coconut rice prepared in Maharashtra to celebrate Narali Pournima and Raksha Bandhan. This traditional sweet dish is a simple but delicious one made with coconut, rice, saffron, jaggery or sugar and spices and should be on the must-taste list of everyone with a sweet tooth.

Hungry yet? Which one of these dishes will you try first?