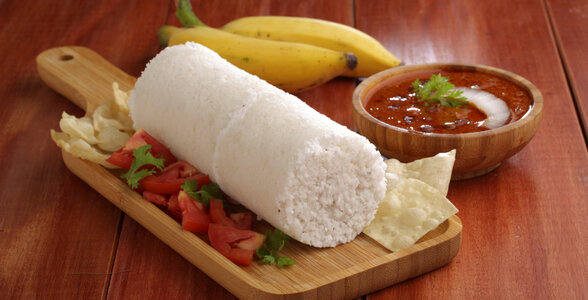 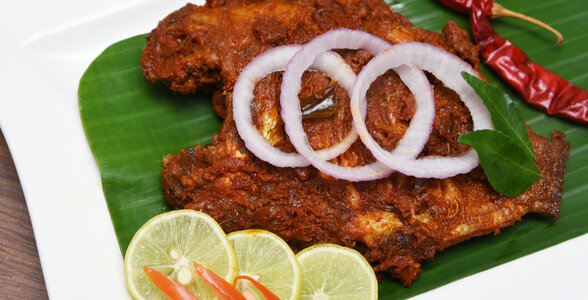 Situated in southern India, the state of Kerala is a prominent highlight in India’s tourism landscape. Featuring beautiful coastal towns, sprawling lush green valleys, serene backwaters, and a rich culture, the state has everything travellers  want in their dream destination. The state’s delightfully wide-ranging cuisine just adds another feather to its cap. With an abundance of rice, coconut, tapioca and spices, Kerala cuisine is just as aromatic and flavourful as it is varied. Here is a list of the top Kerala foods you should definitely try.

This breakfast staple is a major part of Kerala cuisine and is frequently eaten throughout the state. Counted amongst the most popular traditional foods of Kerala, puttu is a cylindrical steamed rice cake, which is prepared in a mould with grated coconut. Puttu is usually served with delicious kadala curry, which is made from black chickpeas coupled with shallots, coconut milk and spices. Puttu and kadala curry can also be served with ripe bananas and grated coconut.

Serving as an excellent treat for non-vegetarians, it is traditionally a Syrian Christian dish that has solidified its place in Kerala cuisine. An ideal choice for seafood lovers, this traditional fish curry is made by marinating pearl spot fish in a mixture of red chillies and lemon juice. It is then wrapped and baked in plantain leaves and sprinkled with pepper and chilli. Served with chapattis or steaming rice, this flavourful Kerala food is garnished with curry leaves and gives off a wonderful aroma. 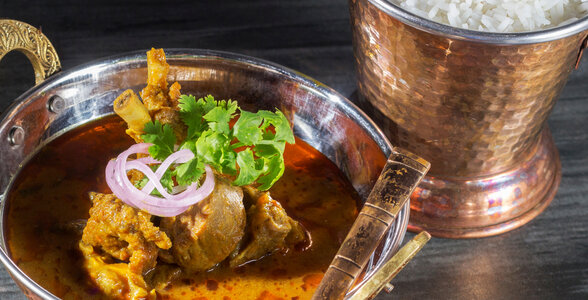 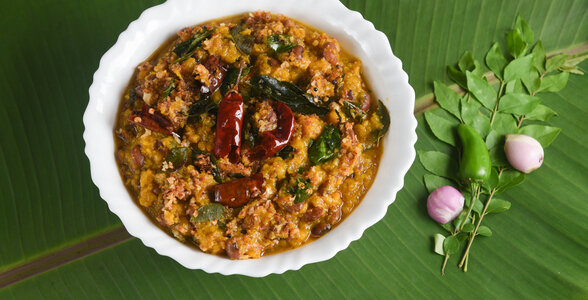 Listed amongst the most prominent traditional foods of Kerala, this delicacy is incredibly aromatic and flavourful. Appam is essentially thin, bowl-shaped pancakes with crispy edges. Made from fermented rice flour, coconut water, coconut milk and a dash of sugar, appam is mostly served with ishtu, which is a kind of stew derived originally from the European stew. Prepared with coconut milk, cloves, cinnamon and shallots, ishtu sometimes also contains mango pieces, chicken, lamb or various vegetables. Adding aromatic whole spices and ginger makes appam and ishtu even more delectable.

Holding immense importance in Kerala cuisine, this mouth-watering curry is served in numerous restaurants in Kerala. Made from either sliced yams or raw plantains, it also contains sweet pumpkins boiled in salty water and is sprinkled with chillies, pepper, grated coconut, dried lentils, turmeric powder, garlic and cumin seeds. Served on a bed of steaming rice, this lip-smacking curry is especially popular during religious festivals like Onam. 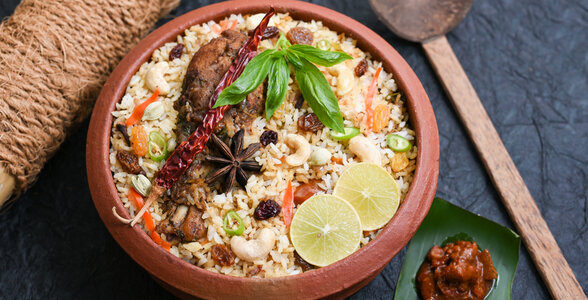 Originally a popular dish around the Thalassery seaport, which was a centre for the export of spices, this exotic Kerala food reflects the tasteful blend of European, Malabar and Arab cultures. Made using a unique, small-grained, fragrant and thin rice variety called kaima, Thalassery biryani is prepared by arranging cooked rice and biryani masala in layers. To make this dish, meat is cooked with the biryani masala on a low flame before being layered with rice. Then, the lid of the container is sealed with dough before placing hot coal or charcoal above the lid. The best Thalassery biryani in Kerala can be found in Calicut and Thalassery.

This incredibly tasty dessert can surely win the heart of any true sweet lover. Often served during religious festivals and other auspicious occasions, palada payasam has many variations. However, the major traditional ingredients used in the dish stay the same. These include rice ada, sugar, milk and ghee. Containing delicious thick and creamy milk, some people also include cashews and raisins to add more flavour to the dish. 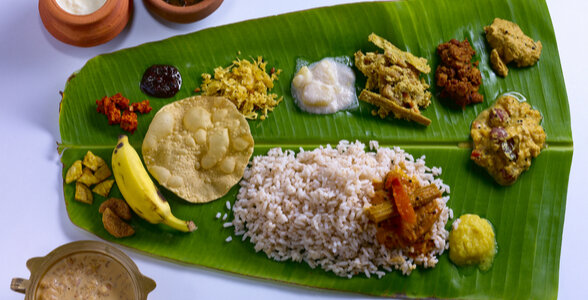 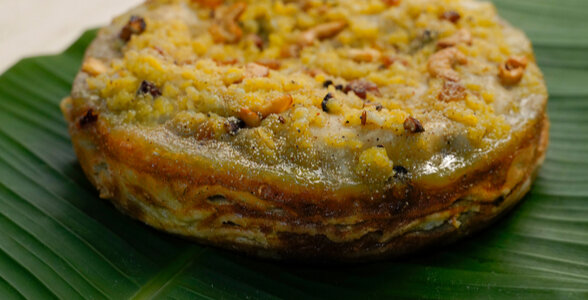 Counted amongst the finest meals in Kerala cuisine, Ela Sadya consists of a delightfully varied combination of various traditional foods of Kerala. With a large number of options available on your platter, Ela Sadya is often served during the majority of social, religious and cultural celebrations such as festivals and weddings. Usually consisting of dishes like pachadi, pulissery, kichadi, olan, varavu, sambar, thoran, payasam and aviyal, it is served on a banana leaf with hot steaming rice.

While there are several amazing food options when it comes to trying out Kerala cuisine, none of them is better than chatti pathiri for those who have a sweet tooth. Made especially in Kerala’s North Malabar and Malabar regions, it is a layered pastry similar to the Italian lasagne, with the only difference being that flatbreads made from flour, oil, eggs and water are used instead of cheese sheets. Filled with sweetened beaten eggs, raisins and nuts, it is seasoned with cardamom. Also, the water used in making this dish is first used to boil the heartwood of pathimugam tree, which possesses several medicinal properties.

These are some of the many delicious Kerala foods. Besides, there is so much more to Kerala cuisine that you can try out for a life-changing culinary experience at our resorts in Kerala. So plan your holiday today!