Indian cuisine is a marriage of various tastes and textures that make it a delicious journey full of new discoveries. From tangy pickles that tingle the tastebuds to flavourful creations that satiate the soul, we have an astonishing variety in Indian food. One look at the sheer variety on offer is enough to convince the world of one fact, we love our food! When dishes from India took their first tentative steps in the global culinary arena, the curries led from the front. They were so well-loved that they were the face of Indian food around the world for many years.

But the world is discovering there’s more to Indian cuisine than just curries. The masterful use of spices and unique cooking techniques brew up an amazing array of flavours that has the world eating with their hands. Literally. There is no single famous cuisine in India. Every corner of the country has its bit of culinary magic that creates distinct flavours. Travelling around the country is the best way to taste the magic of Indian cooking. Pick a Club Mahindra resort from more than 100 that are spread all over India and start your culinary journey across the country.

Indian cuisine is a beautiful tapestry where every thread and colour add their bit of magic to the design. The cultural diversity of our country has contributed heavily to the enrichment of our culinary heritage. Dishes from India, across different regions, offer a rich selection of varying flavours despite being created with the same set of spices and basic ingredients. Every region and state have their signature flavours that define their cuisine for the rest of the world. Here’s a brief look at the cuisine from the four corners of our country that you would also find in a Club Mahindra resort.

North Indian food is defined by thick and creamy gravies and moderate spice levels. From the rich Chole Bhature to indulgent Rogan Josh, the flavours take precedence over everything else. Some of our favourite snacks like samosas and Dahi Bhallas have a north Indian lineage. But Butter Chicken is the biggest culinary star to have emerged from north India. The cuisine here has a liberal helping of dairy products in the form of ghee, cream, and paneer. For rotis and kababs, “Tandoor” is a decidedly north Indian style of cooking that we may have inherited from the old invaders. All-in-all, it offers a rich selection of sweet and savoury flavours.

The eastern states and the seven sisters serve up a flavourful fare with some unusual flavours. From the sweet decadence of Bengali sweets to the earthy essence of Litthi Chokha, they offer a complete range of flavours. Sikkim’s Momos and Bengal’s fish are the East’s famous cuisine in India. Odisha’s Dalma is a vegetarian’s delight and Assam’s fish curry is a treat for seafood lovers. The spicy Thukpa offers warmth and comfort during the chilly winters while Manipur’s Kelli Chana makes for an awesome any-time snack. Despite such a mind-boggling variety of dishes, mustard and chillies are the unifying elements that tie together all the savoury dishes from East India. 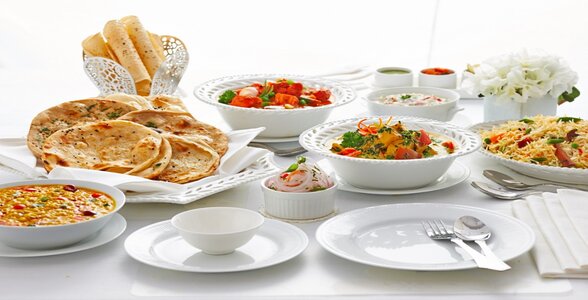 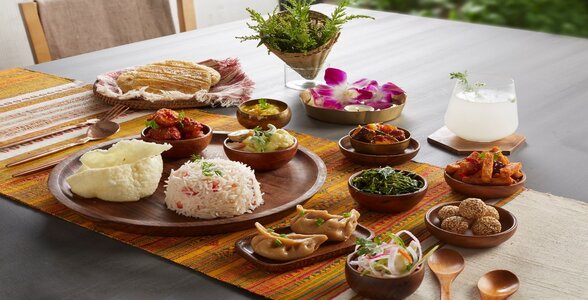 Western India has a diverse culinary landscape. Where Rajasthani food incorporates loads of chillies for a fiery blast of flavour, the Malvani cuisine is all about spices. The traditionally vegetarian cuisine of Gujarat is as rich and flavourful as the non-vegetarian food of Goa. Here, Vada Pav and Misal compete with Dhokla, Phaphada and Khaman to sate your soul along with your appetite. Goa and Malvan have an abundance of seafood and share many dishes that use fresh coconut and coconut milk in the recipe. While rotis are favoured in the northern regions, rice is a staple along the coast. Goan cuisine has Portuguese influences that make for some unique tastes.

There are four distinct cultures down south, Tamil, Telugu, Kannada, and Malayalam. But they share an astounding range of dishes, albeit with a unique regional twist. Sambar may be a quintessential part of South Indian cuisine, but the preparation from Tamil Nadu is a different beast altogether from the one enjoyed in Karnataka. While the Andhra cuisine offers fiery sustenance, Malabari cuisine champions milder flavours. Nizami food focuses on richness of flavours and textures by adding nuts, and dried fruits in their preparations. The Chettinad cuisine is largely vegetarian but doesn’t skimp on taste. Overall, south Indian cuisine is a mix of familiar and exotic flavours that satiate the soul and is considered a famous cuisine in India. 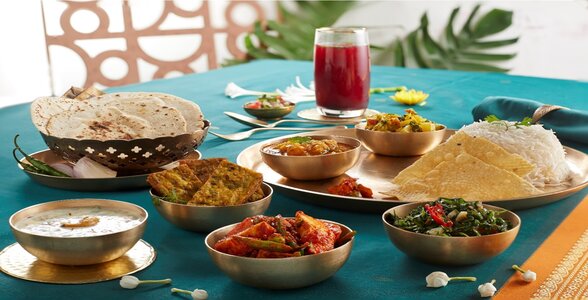 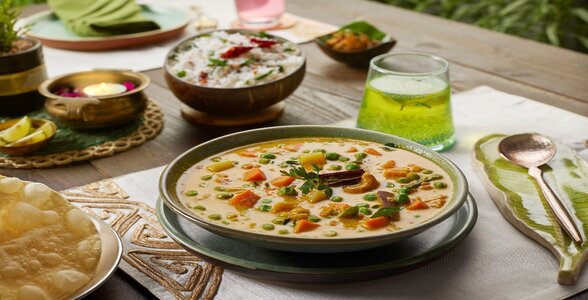