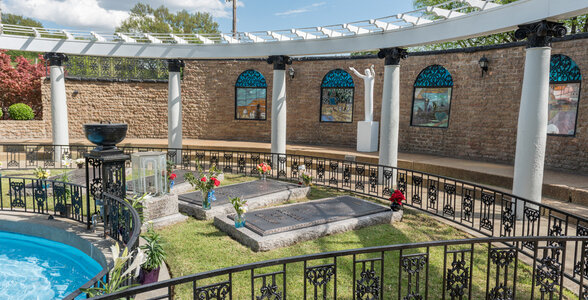 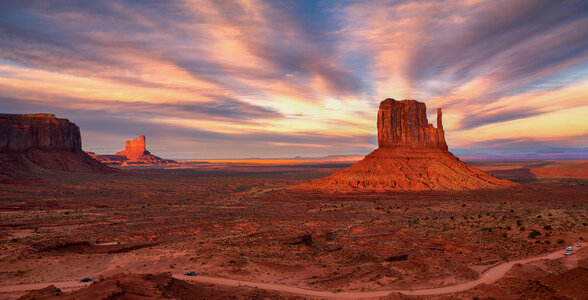 With the vaccination drive increasing rapidly, North America is one out of the several countries across the globe which is now in the safer zone. The official reports state that more than half of North America’s population is fully vaccinated, which has brought things back on track in this part of the world.

It is time for travel enthusiasts to pull up their socks and make the most out of the prevailing scenario. Some of the terrific places to visit in North America await their arrival, and now there is nothing that can stop them from heading on. Here is a quick checklist that you can tick off while journeying across North America’s pulsating metropolis.

Buy a ticket to Graceland

If you were to make just one stop at Memphis, it should be at the stupendous home of Elvis Presley, the King of Rock & Roll. This colonial-style mansion named Graceland was bought by Elvis back in 1957. Go around this flamboyant structure which seems to have just hopped out of a virtual textbook belonging to the ’70s. Don’t miss to spot Elvis’s car and artifacts lined up for the visitors to take a look. The mansion tour is sure to get etched in your mind. If your parents were an Elvis fan, a tour to Memphis can be the best present for them!

Possibly one among the most sought-after places to visit in North America, the Grand Canyon is a part of the Colorado River Basin. Astonishingly stunning, this natural wonder existing over 70 million years features striking trails and spectacular vistas. You need not be a hardcore hiker to explore the depths of this mind-boggling specimen of beauty. Descend a bit and walk along on the rim or sit at an outcrop only to witness jaw-dropping views. The red, rust, and orange hues of the Canyon walls will make you wonder how on earth that would be formed. Hike or camp, do have an eye for animal tracks, marine creatures, and rare ferns. Photograph the opus of shapes and textures and take memories of your trip back home. 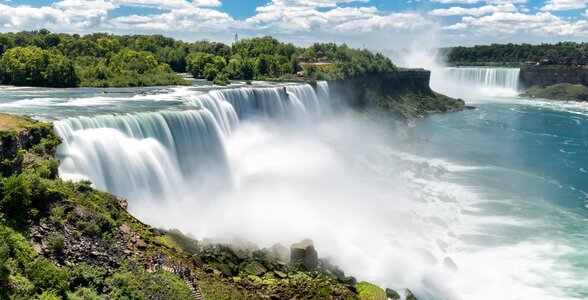 Worth journeying an extra mile, the Rancho Sisquoc Winery in Foxen Canyon is again going to lend you an experience of a lifetime. It is not just about award-winning red and whites but about a quixotic wine tasting experience. Grab a chair in a bucolic room surrounded by thick foliage. Sink in the taste of exotic wine as you bit by bit sip it in enjoying the charismatic views from the window. Featuring ample outdoor space, the winery serves as an ultimate picnic spot. So if you plan to visit, don’t forget to carry your garb and munchies. Do include Rancho Sisquoc Winery in your list of places to visit in North America.

Journey to the Niagara Falls

Unfurl a tale of two cities by journeying to Niagara Falls, New York (USA), and Niagara Falls, Ontario (Canada). Witness this natural marvel featuring 150,000 gallons of water per second, plunging more than 1000ft. Both the Canadian and New York sides offer engaging views of Niagara Falls which stays swarmed by vacationers from far and wide. Walk past the Rainbow Bridge between the two and experience the best of North America.

Step into this magical kingdom, the Walt Disney World, a theme park and resort located in Lake Buena Vista, Florida. Open to visitors since 1971 this dreamy hotspot is a division of The Walt Disney Company. Entering into the gates of this nucleus of entertainment is sure to take you back in time. Rekindle the child in you as you come face to face with characters you only read in the fairytales. Cinderella's Castle of Magic Kingdom, Space Ship Earth of Epcot, The Tree of Life of Animal Kingdom, and The Chinese Theatre of Hollywood Studios make up this most visited vacation spot in the world. Do add this to your bucket list of the best places to visit in North America. 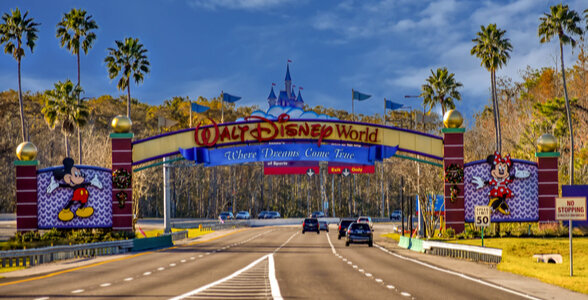 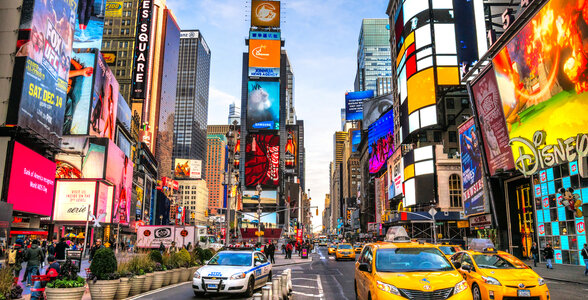 Wander around the Time Square

Bathed in razzmatazz and a lot of glitz and glamour, Time Square is a popular intersection of Broadway and Seventh Ave (Times Square). Located in Midtown Manhattan, it is an ever-bustling hub with towering skyscrapers, yellow cabs, restaurants, hotels, business and commercial outlets. The Crossroads of the World, The Heart of The Great White Way or The Center of the Universe, call it by any name it is sure to soak you in its thespian aura. Wander past neon lights and jumbotrons and feel trippy. Time Square in North America is a must-visit.

An architectural wonder Golden Gate Bridge was considered one of the tallest and longest bridges in the world. While journeying San Francisco – Oakland area of California, missing out on the Golden Gate Bridge is impossible. The bridge made up of steel suspension in orange vermilion hue appears like gold. This one-mile-long giant bridge is a major construction that stands as a signature landmark. Not forgetting to mention the stunning views that it opens up to. Golden Gate Bridge is one among the top places to visit in North America.

A spot that is sure to transport you to a different world will be Peggy’s Point Lighthouse in Peggy’s Cove. If you have been longing to sit by the shore amidst a picture-postcard setting, then this is it. The Lighthouse built-in 1914 is one of the most widely photographed structures in Canada. Wander free around the captivating landscape and sit silently watching the waves swell up the hap-hazard coarse-grained igneous rocks making up the shore. Peggy’s Point Lighthouse will be one of the most fascinating places to visit in North America.

Fasten your seatbelts and head off to experience a legendry trip. Be one with the heart of North America that beats through its challenging terrains, breathtaking wilderness, and ever-bustling megalopolis. 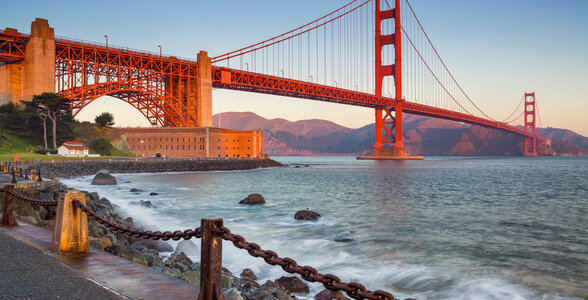 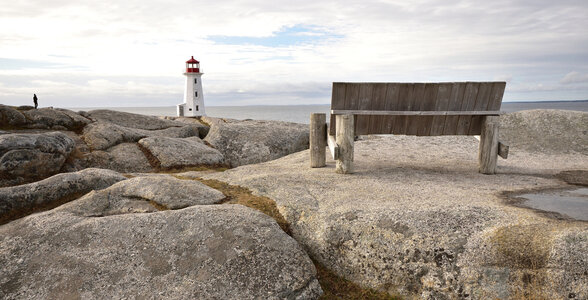