Located 84 km north of Udaipur and built on a hilltop in the Aravalli range with a commanding view of the surrounding area, Kumbhalgarh in its present form was built by Rana Kumbha in the 15th century.

Located 84 km north of Udaipur and built on a hilltop in the Aravalli range with a commanding view of the surrounding area, Kumbhalgarh in its present form was built by Rana Kumbha in the 15th century. Its inaccessibility meant it was a safe refuge for the rulers of Mewar in times of war. And being the birthplace of Maharana Pratap, the fort holds significant sentimental value for the people of Mewar. Kumbhalgarh is the second most important citadel in the Mewar region, after Chittorgarh. The fort and the wildlife sanctuary that surrounds it are a magnet for those who love nature. In 2013 the World Heritage Committee declared Kumbhalgarh a UNESCO World Heritage Site, along with five other forts in Rajasthan. It collectively called them Hill Forts of Rajasthan. 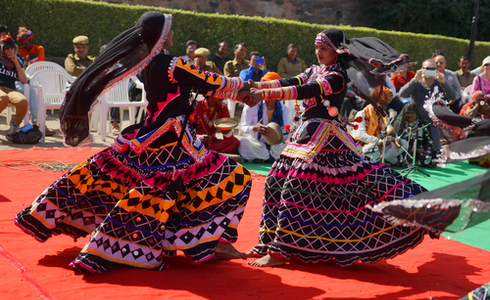 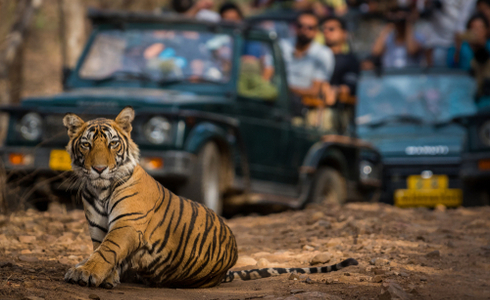 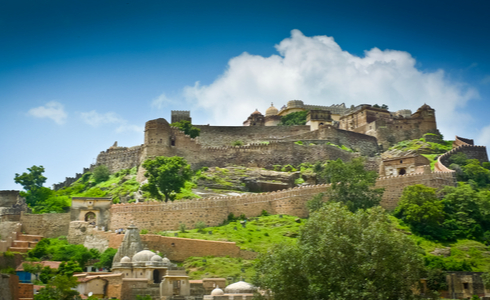 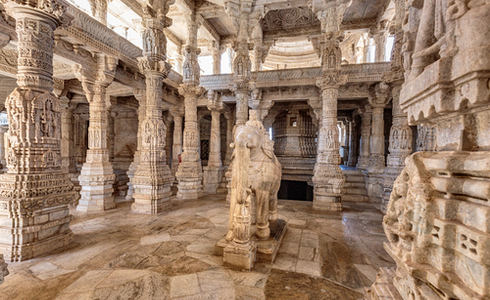 While life-giving water is a scarce commodity in Rajasthan, the expanses of green are a pleasant surprise in more ways than one. The sanctuary was once a hunting ground for Mewar and Marwar royals, and its diverse topography of hills and plains provides refuge to a variety of wildlife including wolves, leopards, panthers, sloth bear, hyenas, jackals, jungle cats, sambhar, nilgai, chinkara, and the chausingha (four-horned antelope).

Kumbhalgarh was declared a wildlife sanctuary in 1971 and is the only reserve in Rajasthan where you will find wolves in the wild. Situated close to the village of Joba is wolf country – 500 hectares of forest at the foothills near Mucchala Mahavir temple is home to the Indian wolf.

The indigenous flora encompasses a variety of trees and plants, some of which have herbal qualities. And where you have trees, you’ll find birds. The jungle safari provides a great opportunity to see our feathered friends, as does trekking on one on the many trails within the park – an activity that is sure to attract the more adventurous.

At the eastern end of the sanctuary lies the Tirthankar Nature Trail. This 3.7 km route begins at the renowned 15th century Jain temple at Ranakpur. Various species of trees under which 24 Jain tirthankaras received enlightenment have been planted along the trail. These trees serve a dual purpose, in that they are also representative of the Aravalli ecosystem.

After all the exploring, return to a royal welcome at Club Mahindra – Kumbhalgarh. Located on a hill, the resort gives you the panorama view of the Kumbhalgarh valley. The architecture and ambience of the resort is inspired by Rajputana grandeur. Individual open terraces offer views of the countryside, and the place blends elegance with modern comforts and amenities. With a plethora of activities for guests of all ages, the Kumbhalgarh resort lets you relive the warmth of your home while experiencing the lifestyle of the royals.