Very few cultural symbols are as recognizable the world over as the Christmas tree. This unmistakable piece of vegetation is known to almost everyone. Lush green with twinkling lights and often a fresh coat of snow, the Christmas tree evokes memories of winter-roaring fires, warm beverages, fluffy blankets and festive fun with the family, and good cheer. And who can forget the presents hidden beneath its branches? All in all, it is a symbol of abundance during what is also known as the 'season for giving'.

The origin of the Christmas tree tradition is still argued to this day. Some attribute it to the Pagans, who celebrated the winter solstice but hung branches of evergreen trees to remind them of the renewal that spring would bring. Others claim that Martin Luther, the German rationalist, came across a snow-covered fir tree glistening in the moon lit night, and being awestruck at the sight of its glory, brought it home as a symbol of the glory of Christ's birth.

Others claim it was the Duke of Edinburgh who popularised the use of the Christmas tree after hearing the legends surrounding it. No wonder then, that different countries have different traditions when it comes to decorating a Christmas tree, depending on what they believe to be its origin story. Let's take a look at a few of them: 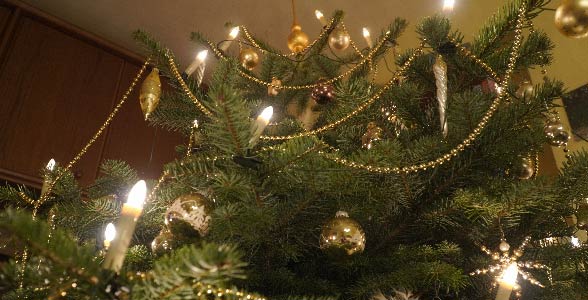 Germany is the source of many of the world's Christmas traditions such as Christmas stollen, mulled wine and the Christmas wreath. One of the most famous Christmas carols, 'O Tannenbaum', which means 'Oh Christmas Tree', actually extolls the beauty of a well decorated Christmas tree. Like mentioned earlier, Martin Luther is attributed with bringing fir trees into the home, but it is much more likely that it is a tradition assimilated from the Pagan winter solstice tradition of the Paradise tree (a fir tree decorated with apples) that represented the Tree of Knowledge in the Garden of Eden. Till today, the Christmas tree in Germany is decorated with tiny candles that represent the stars Martin Luther saw, and the apples from the Paradise tree have been now replaced with red and green glass balls or buntings.

Decorating the Christmas tree in Italy uses fairly typical decor such as strings of Christmas lights, streamers and brilliant, beautiful ornaments. This is especially true in the parts of Italy that directly border Germany. However, in most parts of the traditionally Catholic country, greater emphasis is placed on setting up a Nativity scene in the home to commemorate the birth of Jesus, using small statues and figurines, and it is not uncommon to find these directly under the Christmas tree in many homes. 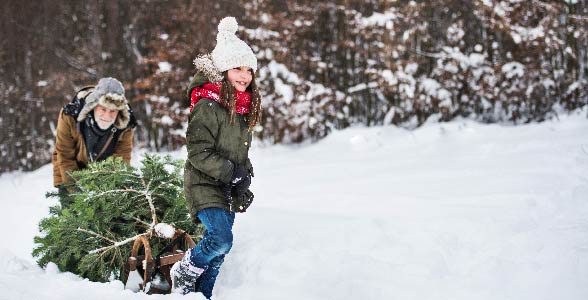 Norwegians are known to venture out into the woods to cut down their own Christmas tree. This however, became popular only around the 1950s. Still, being the home of Santa, and with forests full of fir trees, no one celebrates Christmas like the Norwegians. The people host community feasts and there is a sense of joy and merriment all centred around the Christmas tree. A Norwegian Christmas tree tradition worth mentioning is that the tree is decorated by parents on Christmas eve, while the children wait anxiously in another room. What follows is a ritual known as "circling the Christmas tree." Everyone joins hands to form a ring around the tree and they then walk around it singing carols. The gifts are distributed afterwards.

FYI, Norway's most famous Christmas tree tradition is an international affair involving London. Typically, a 50-60-year-old Norway spruce at more than 20 metres tall is chosen. The tree is then cut and sent to London via a special convoy. It then stands proudly in Trafalgar Square as a token of thanks for British military support during World War II. 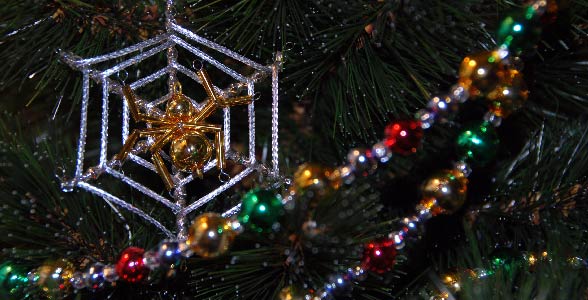 In addition to all the typical Christmas decorations, people in the Ukraine have a somewhat odd inclusion to their list of Christmas decor. Ceramic spiders and decorative spider webs feature prominently on Ukrainian Christmas trees. While spiders aren’t always a welcome presence in the home, they are a token of good luck in Ukraine. As according to Ukrainian folklore, a spider had nothing to gift a poor family on Christmas, in return for showing it mercy. In return, it left behind its web which magically transformed into gold on Christmas morning. Therefore, a spider or spider web on a Ukrainian Christmas tree is a sign of prosperity and good luck to come, as opposed to an arachnophobe’s worst nightmare.

Although the tree has been a symbol of Christmas since the 1600s, it still isn’t fully adopted in Greece. Those who do put up a tree use fairly standard decorations, such as strings of Christmas lights and homemade ornaments. Many Greeks stick with their original tradition of elaborately decorating ships and boats for Christmas. 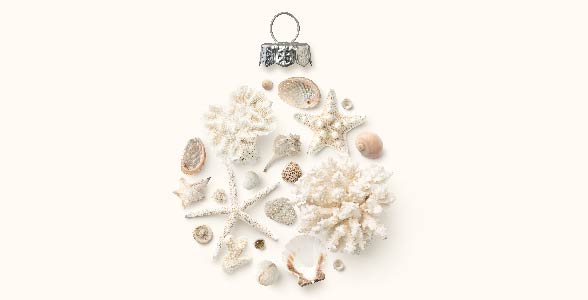 While the world associates Christmas with winter and snow, in the southern hemisphere, December is actually a summer month. Many Australians, especially those around the coast, therefore decorate their Christmas tree with natural elements, such as seashells, in keeping with the summery, beach-y vibe of Christmas in Australia.

Christians in Africa don’t have evergreen trees to decorate for Christmas; these wouldn't survive there. Since this holiday also falls during the summer, Christians in African countries such as Uganda decorate other trees such as palm trees and mango trees both in and outside their homes, as a symbol of prosperity and abundance. 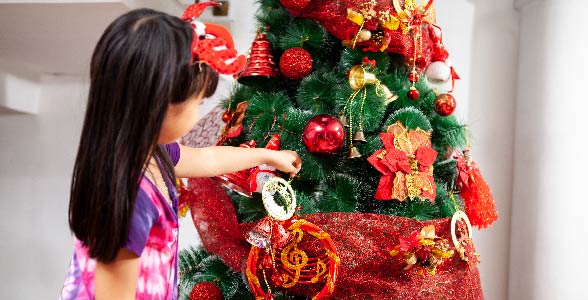 Very few Japanese celebrate Christmas as a religious holiday. Given their affinity for popular culture, Christmas in Japan is more about fun, frolic and the most eye catching displays of Christmas decor in the world. Christmas trees in Japan are decorated with small toys, dolls, paper ornaments, gold paper fans and lanterns, wind chimes and even 'Hello Kitty' dolls. The most popular ornament, however, is the origami swan, which people meticulously fold before using them to adorn a Christmas tree.

So, there it is, a definitive list of Christmas tree traditions from around the world. Which one of these will you be adopting this year to make Christmas at home feel like a global affair?