India is home to a variety of terrain. From lush rainforests to arid deserts to rocky coasts to snow-capped mountains, the diversity will leave you floored. This vast geographical diversity harbours and fosters an incredible richness of fauna.

India is home to a variety of terrain. From lush rainforests to arid deserts to rocky coasts to snow-capped mountains, the diversity will leave you floored. This vast geographical diversity harbours and fosters an incredible richness of fauna. The country provides the perfect sanctuary for migratory birds to seek shelter – either from the blistering heat or the bitter cold. We have picked a few migratory birds that you could well spot if you have a keen eye. Summer birds

Although the koel is a famous bird and one that we knew when we were growing up, it’s not indigenous to India – every year it migrates from south-east Asia to beat the heat. Don’t be fooled by its mesmerising voice; this bird is a parasite that lays its eggs in the nest of other birds, such as the poor unsuspecting crow. It is the state bird of Pondicherry.

Also known ‘night raven’ (as it is most active in the night), this species of heron can be found in Chile, Argentina, Taiwan and China. Although widespread, this bird likes to spend its summer in Asia, particularly in the Bengal region of India.

Every summer the Eurasian golden oriole drops by the Indian subcontinent to exchange pleasantries with its cousin, the Indian Golden Oriole. It takes off from Africa and Europe and lands in west India. Other than its striking features, its cry is distinct and cannot be forgotten once heard. 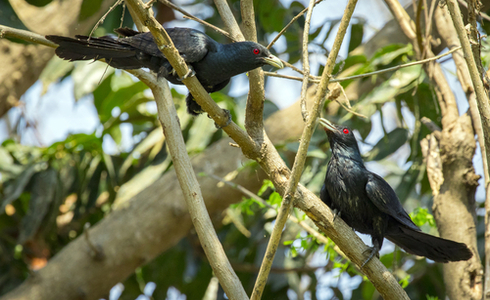 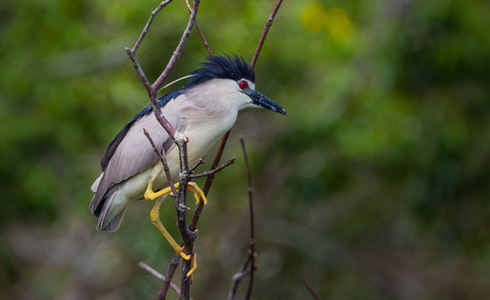 Found primarily in Madagascar, sub-Saharan Africa and south Asia, in India this large yet peculiar duck is locally called ‘nakta’. They feel at ease when in tropical lowlands and freshwater swamps. To get away from the harsh weather of the other places, the comb duck voyages to tropical climes.

A tiny bird that travels to India primarily for breeding. Contrary to its name, the Indian dragonfly is the bee eater’s favourite food. At the end of summer, it makes its way back to Africa and Europe.

Originally from Europe and North America, this tiny brown duck travels thousands of miles before reaching India in the winter. It prefers sites close to up-and-coming vegetation for immediate availability of food and also prefers low-level water bodies. It is notably found in the region around Bhopal.

Spending their summers breeding and raising their young ones in Siberia or northern Europe, these birds travel down south to avoid the harsh winters. They are partial to mud. You can find them in the north of India for good four-to-five months, walking the mucky lands feeding on frogspawn and insects.

Seeking tropical conditions, this bird travels during the Scandinavian winter to India. The interesting part is that the females lay eggs here, after which they embark on their journey back, leaving the males to take care of the chicks. Once the little ones are grown enough, they return to Europe too. You can catch these birds in a marshy area during the month of November.

Distinguishable by a blue patch below its beak, the bluethroat bears a resemblance to a sparrow. Famed for its melodious call, this bird also mimics and answers the call of other birds. The freezing winters in Alaska or Europe are too cold for this palm-sized bird and hence they flock to places such as Rajasthan. April is the breeding season, so the birds travel in search of mates at this time. 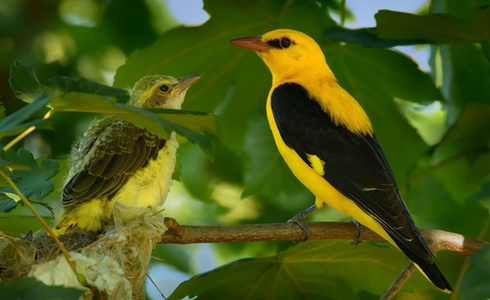 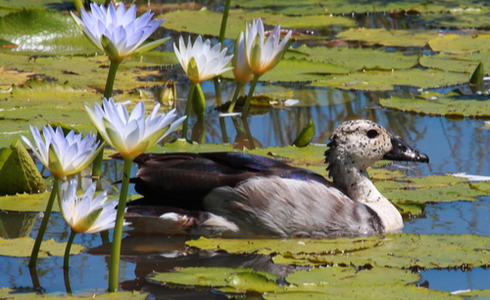 Monika Manchanda, an avid traveller and food blogger went on a small vacation to Club Mahindra, Corbett with her family. To their surprise, they spotted some beautiful birds and were lucky enough to get them on camera. Check out some pictures of these winged beauties here.

With so much diversity, it’s best to catch these species in flight while they're still around. The best part is you don’t even need to travel far for them; you can spot these beautiful birds and a variety of other wildlife in national parks around India. Some of the more famous ones include Jim Corbett National Park, Periyar Tiger Reserve in Thekkady, Gir Wildlife Sanctuary in Gir, Kumbhalgarh Wildlife Sanctuary in Kumbhalgarh and Kanha National Park in Kanha. Make your next holiday special by visiting these sanctuaries. The cherry on top? Stay at Club Mahindra Resorts for the ultimate experience. Happy holidays!