When you explore the nation through Club Mahindra’s lens, you will be able to peel away the many layers of history and uncover numerous mysteries. Discover larger-than-life stories, mythological legends and magical fables, passed down generations. Your travels will be made richer with India’s sagas of heroism, bravery, gallantry, sacrifice and more.
We have reopened 20 of our resorts in India, across Uttarakhand, Rajasthan, Kerala, Karnataka, Goa, Gujarat, Maharashtra, Madhya Pradesh and Puducherry, so you can experience the enchantment of these tales! Are you ready for the one of the most interesting history lessons of all time?

Dwarka – Glimpse of an Ancient City

The city of Dwarka is woven around many mythical legends. And one of its most prominent tales happens to be associated with the courageous Lord Krishna. He is believed to have held his Kingdom here, after defeating the land from continual harassing raids from the powerful King, Jarasandha. The city was named ‘Suvarna Dwarka’ because it was embellished in pure gold and precious jewels! Countless devotees flock to this historic place in Gujarat, hoping to nourish their hearts with positivity and peace. Imagine, what could be more inspiring than a family trip to Dwarka? Our resort is the perfect blend of heritage and luxury, bringing to you a refreshing escape from home quarantine. You’ve been cooped in for far too long. So now, it’s time to enjoy a little responsible freedom. With our safe resorts, you’ve got nothing to worry about, except recharging your body and mind. There are several spiritual places to visit in Dwarka, for insight into the Gods and Goddesses who once ruled the land. Enjoy a mystical trip down memory lane! 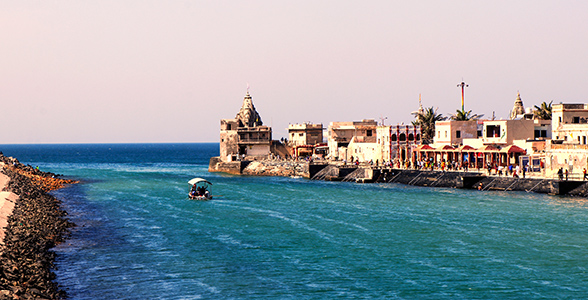 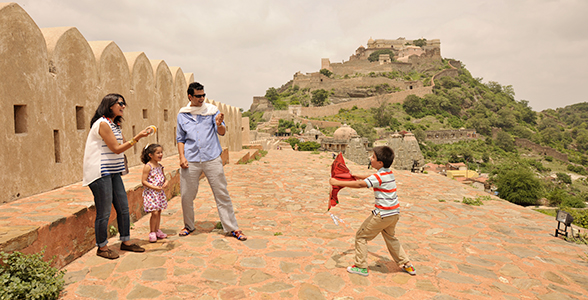 Kumbhalgarh Fort is yet another landmark, deep rooted in mythology. It was built by Maharana Kumbha in the 15th century, on the westerly range of Rajasthan’s Aravalli Hills. At first, the king wished to have it erected in Keliwada, 7 kilometres from its current site. However, it is believed that strange occurrences plagued this construction. The king then approached a saint, who claimed that the only way the fort would stand is if a human sacrifice was offered. When no one came forward, the saint offered himself up for the ritual. He said, a temple should be built where his head falls and a fort must be built where his body lays. This is the magnificent tale that presides over the majestic UNESCO World Heritage Site. Come evening, this enigmatic fort turns into one of Rajasthan's most brilliant light and sound show venues, that transports you back to the 15th Century.
To experience the aura of India’s second largest fort, and learn of more legends, do visit Club Mahindra Kumbhalgarh. This is one of our favourite backdrops for an authentic and memorable family vacation. From the food to the folklore, bear witness to many spectacles, this time with the added element of resort safety.

Corbett – The Man and The Man-eater

Nestled in the foothills of the Kumaon Himalayas lies a serene little village, once the personal home of hunter and naturalist Jim Corbett or “Corbett Sahib’”. Fondly referred to as “Chhoti Haldwani”, this picturesque town in the Nainital district of Uttarakhand echoes with fascinating stories of his famous conquests. Eighty-seven years ago, Corbett hunted three tigers - the Chowgarh, Mohan and Kanda man-eaters, who he christened “large-hearted gentleman”. He immortalised his life in the Kumaon region through a number of literary works such as “Man-Eaters of Kumaon” and “My India and Tree Tops”. To learn more of his colourful life’s tales, head over to Club Mahindra Corbett. From wildlife safaris to jungle walks, and a tour of his home, prepare yourself for many thrills. Yes, tales of his valour and wisdom reverberate in these very hills. There are several enriching places to visit in Corbett, and we’ll be happy to show you around. Apt for a family vacation, here’s your chance to explore with equal measure – wildlife and history. 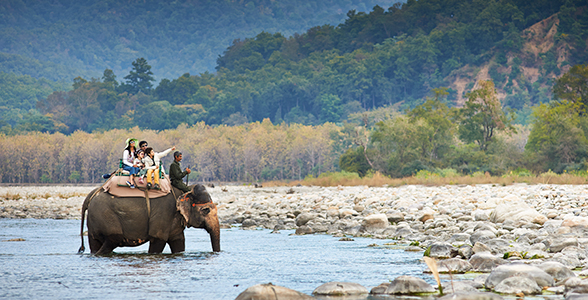 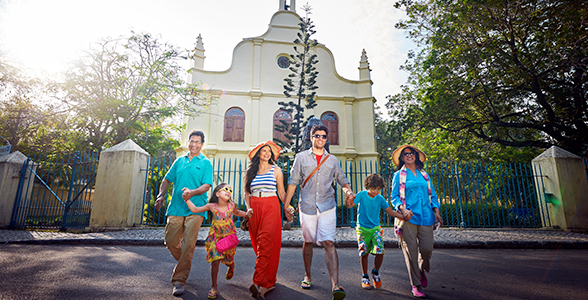 Cherai - Princess of the Arabian Sea

Cherai boasts of 700 years of gilded history. Situated on the northern end of Vypin Island, this astonishingly beautiful land is a melange of nature, culture and heritage. Colonial influences from the Portuguese, Dutch and British dynasties, have left its mark for the world to marvel at. And we can’t think of a better place for fairy-tales and storybooks to come alive. After all, this is where the dolphins dance! So, journey to this balmy, brilliant beach paradise with your family in tow. Club Mahindra Cherai is a haven of tranquillity, dazzling guests with its antique charm and emerald-green beauty. On our list of places to visit in Cherai, Bolgatty Palace and Pallipuram Fort come highly recommended. The former is one of the oldest surviving Dutch Palaces outside of Holland, while the latter is one of the first ever forts to be built by Europeans in Kerala. Now, all that’s left is for you to make the trip. With hotel safety measures in place, all your worries will be put to bay.

Have we piqued your curiosity and sense of adventure as yet? If yes, head on over to a Club Mahindra resort near you, for more interesting titbits from our ancient archives. As a Club Mahindra membership holder,   resorts across the country. We have partnered with Bureau Veritas, a global leader in Testing, Inspection and Certification, to offer you unforgettable experiences, sealed with safety. Look no further than Club Mahindra reviews, if you need more convincing.