History, tradition, a spate of tourist spots, wonderful food and gracious people – everything is just perfect in Madhya Pradesh.

History, tradition, a spate of tourist spots, wonderful food and gracious people – everything is just perfect in Madhya Pradesh. If you are on the lookout for good family vacation spots this year, then a visit to this State would be in order.

Madhya Pradesh has always been a powerful seat of power and arts. It was literally the Central Province – hence the name Madhya Pradesh – for a series of Indian and foreign rulers. The British empire also saw the strategic and geographical advantage of ruling this central region of India, and made it one of their most important bases of operations.

From bustling cities such as Bhopal and Indore, to 300-year-old hammams and centuries-old rock carved temples and frescoes, Madhya Pradesh has it all in terms of good tourism potential. There are many things to do in Madhya Pradesh, and many places to explore. Consider some of the best reasons to visit this part of India:

* The State has a growing number of tigers. With such a large geographical area and so much green cover, Madhya Pradesh has clearly got the lion’s share (pun unintended) of the country’s wildlife resources. The Satpura Tiger Reserve here alone has over 40 tigers, and efforts are being made to breed more. The tigers are not easily spotted, but the best time to see them is during the monsoon season.

* It abounds in natural beauty. Apart from tigers, Madhya Pradesh has also snagged a fair share of the country’s other wildlife and flora. The Panchmarhi Reserve located in the State is among the UNESCO certified biosphere reserves for its abundant flora and fauna. Then there are the famous Rajat Pratap Waterfalls, among the highest waterfalls in India. The mountains of Dhoopgarh are scintillating as well. If you want to see a State with diverse scenery and beauty, Madhya Pradesh is it.

* Despite all that it offers, it is not the first choice for many tourists – so you get to explore it in peace. This point works well in your favour if you are the kind of traveller that likes to explore off-beat destinations. These destinations are often the ones that most tourists leave off, because they are not wildly popular choices. If you like exploring a place without hordes of tourists stampeding around you, then Madhya Pradesh is a good choice.

* The people are awesome. You will love the local residents in Madhya Pradesh. Every person you meet, from the vegetable vendor to the guy who serves you coffee or the housekeeping staff making your bed at the Madhya Pradesh resort, has a smile and polite greeting to go with it. Whether you require help finding a place or ordering authentic food at a Madhya Pradesh restaurant, you will love interacting with the warm and friendly locals.

The Best Places To Visit In Madhya Pradesh

Here’s our list of the best places to visit in Madhya Pradesh:

* Gwalior. This historic city is located in a slightly hilly terrain, and also has a hilltop fort. It is full of ancient temples and royal palaces, which lends a wonderful charm to the city. It was founded by the brave king Suraj Sen, and there were several generations of royal families that resided here and ruled over the region. Another reason to visit this place in Madhya Pradesh is that the legendary singer Tansen is said to have been born here. You can catch the four-day Tansen Music Festival here every year. 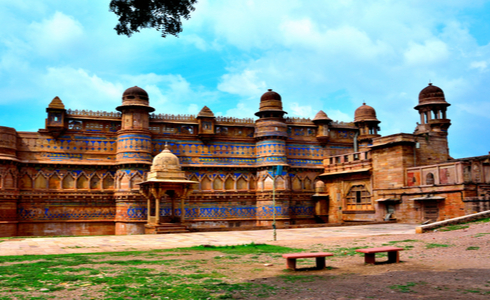 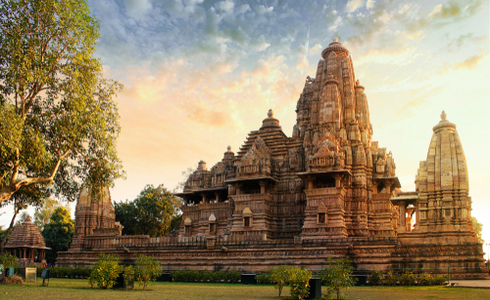 * Panchmarhi Reserve: This is the only hill station in Madhya Pradesh and it is the highest point here as well. It is often referred to as the Queen of the Satpura mountains, since it is situated at the highest altitude of 1,067 metres. You can also find leopards and bison here in the monsoon season. The most important place to visit in this Madhya Pradesh spot is the hilltop, which has five sandstone caves that are said to date back to the time of the Mahabharata. It is believed that these caves were carved by the five Pandava princes during the period of their exile.

* Kanha National Park: This is Asia’s largest national park, and it is home to 22 large mammals and Royal Bengal tigers. It is one of the few tiger reserves in India and one of its most valuable. It is spread over a huge area of 940 square kilometres, divided into two separate sanctuaries. It was created in 1955 and was included under the Tiger Reserve Project in the 1970s. The rare Barasingha species of deer is also present here. However, it shot to prominence after the famous writer Rudyard Kipling based his famous work, ‘The Jungle Book’ in this park. One of the best things to do in Madhya Pradesh is to take a jeep safari through the park. 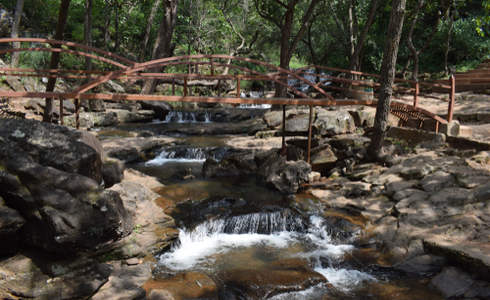 * Ujjain: This beautiful city is one of the country’s holiest ones, located on the banks of the revered Shipra River in Malwa district. It is one of the four sites to hold the famous Kumbh Mela that happens every 12 years. Besides, it has the famous Mahakaleshwar Jyotirlinga, one of the 12 known Shiva lingas in India. It is one of the most important places to visit in Madhya Pradesh for scholars of literature, religion, holy scriptures, etc.

* Sanchi: The world famous Sanchi Stupa is located in this city, which alone makes it one of the most important places to visit in Madhya Pradesh. The Buddhist monument was installed here in the 3rd century by Emperor Ashoka, and is a fine example of the Mauryan dynasty style of architecture. There are many smaller monuments and fine sculptures at the site. You can visit the Stupa on top of the Sanchi hill; the site is located about 46 km outside Bhopal. 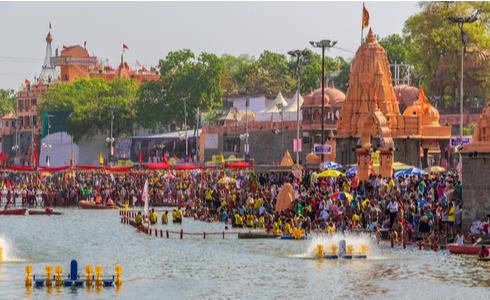 * Bhopal: Speaking of Bhopal, the State capital is one of the most important places to visit in Madhya Pradesh. It was ruled by a succession of Nawabs, or more specifically, their Begums for more than a century. Meanwhile, the old city developed several mosques, public gardens, havelis, bazaars and commercial complexes. Today, the newer part of the city has two artificial lakes that split Bhopal right down the middle.

* Indore: Another important place to visit in Madhya Pradesh is the city of Indore. It derives its name from the legend of Lord Indra, who is said to have come here to meditate, and later told his disciples to build a temple here in his honour. Indore is the most densely populated city in Madhya Pradesh, and it beautifully balances the old and new facets of Madhya Pradesh. On the one hand you have old style houses and grand havelis, and on the other, the city is preparing for its status as one of the 100 Smart Cities of India.

* Orchha. One of the most curious places to visit in Madhya Pradesh, Orccha derives its name from the word that means ‘Hidden from sight’. It is located on the banks of the Betwa River, and has many grand palaces and temples. However, its best kept secret is the collection of murals, frescoes and cenotaphs. All of its architecture can be attributed to its powerful and artistically inclined Bundela rulers. Don’t forget to visit the Laxmi and Ram Temples here.

Where To Stay In Madhya Pradesh

If you want a restful vacation in a lovely Madhya Pradesh resort, then we recommend booking the Club Mahindra properties in the State. You have three options for Club Mahindra resorts in Madhya Pradesh: Bundela Resort Bandhavgarh, Kanha Resort and the Bundela Resort Khajuraho. All three are located close to the city areas but are also away from the noise and traffic. Plus, you will love the natural, verdant landscapes they offer and the landscaped lawns. Revel in the luxury of well-appointed rooms and state-of-the-art amenities, while enjoying the warm hospitality of the staff and some of the tastiest food cooked in the on-site restaurants (there are multiple cuisines to enjoy).  Other things to look forward to include the spa, pool and recreation activities for children as well as adults. So why wait? Book yourself into the best ever Club Mahindra resort in Madhya Pradesh and be on your way to the most memorable vacation of your life.