It’s urban, glamourous and lovely in its own way. Truly a global city in appearance and spirit, Singapore is on the wish-list of every serious traveller.

It’s urban, glamourous and lovely in its own way. Truly a global city in appearance and spirit, Singapore is on the wish-list of every serious traveller. It won’t suffice as a go-to destination if you are seeking solace from the urban city chaos back home – but it does show the way for how modern cities should be. Singapore’s public transport, communications, traffic and pedestrian monitoring systems and low crime rate are all exemplary models for other cities to follow.

Of course, just like Rome, Singapore was not built in a day. It has taken years of discipline and foresight to arrive where it is now. If you are planning a visit to this part of the world this year, this article outlines why you should definitely visit, and the best places to visit in Singapore.

Interestingly, Singapore’s history can be traced right back to the 3rd Century. However, it came into its own in the 14th century as a major trading and commercial hub. In later centuries, Singapore came under the rule of the Malaccans and the Johors. By 1818, the British had entered the scene and negotiated a treaty they would be allowed to place and locate a trading port on the island coast. When this was done, Singapore was established as a British Colony in 1820.

The Japanese captured Singapore during the WWII, and governed it till the year 1945. Later, the British wrested control of Singapore once again, but granted the country more self-government than it allowed its other colonies. Much later, Singapore was merged with Malaysia in 1963. But there had always been disputes between the two countries and significant social unrest between their two leading political centres. The disputes resulted in Singapore being expelled from the Federation of Malaya. Singapore has been an independent republic since the year 1965.

However, huge levels of unemployment, poverty, a crashing economy and lack of manufacturing abilities put Singapore on the backfoot. Hearteningly, the Governments of the time embarked upon modernisation programmes that included plans to create enough housing, jobs and manufacturing industries. Public education was also invested in heavily. Over the years, with dint of perseverance and raising sufficient funds to keep these multiple programmes running, Singapore has emerged as one of the most modern, progressive and prosperous nations in the world. It leads the world in automated transport and public works systems, as well as advanced communications technology, publishing, advertising, and so on.

* It is a harmonious country. Singapore is truly harmonious, celebrating every festival of every major faith residing here, with equal gusto. The start of every year is celebrated as the Chinese New Year, in January or February. Later in the year comes Hari Raya Pausa, which is a Muslim religious holiday akin to Eid. The Hindu festival of Diwali is also celebrated with fireworks and pageantry. You will find all the world’s cuisines and nationalities here, as also the best restaurants in Singapore. Singapore is a true melting pot of cultures.

* It has excellent shopping. Whether you are in Chinatown exploring the flea markets or going to the swank malls, Singapore has a lot to offer tourists by way of shopping. Do note that Singapore is not inexpensive to shop in, but there is variety in every kind of shopping category and different price points as well. Over the years, the Great Singapore Sale from June to August has become a tourist magnet on its own.

* It is totally safe. Every visitor to Singapore attests to its safety and low crime rate. The Singapore police are swift to arrive at the scene of a crime and even swifter in handing out punishments. Women, especially, love Singapore because it is possible to go anywhere at any time without fear of being accosted or molested by strangers. Also, there are strict rules and demarcations about pedestrian crossing and vehicular traffic, so the chances of accidents are low.

* It has a flourishing cultural scene. Singapore is far from the clinical, sanitised city that it is accused of being. It is rich with art galleries, theatres and museums, and has major art and cultural events as well. You will love the Art Week and Singapore Writers Festival, as well as the Neon Lights Festival, Ultra Music Festival and Laneway Festival – the latter are all dance and music events.

Places to visit in Singapore

Now that you have an idea of what Singapore is like and some of the attractions it holds, it is time to book your Singapore resort and make an itinerary listing the places to visit in Singapore.

#1 Clarke Quay. A historical riverside quay inside the Singapore River Planning Area, Clarke Quay is one of the most stunning places to visit in Singapore. The area is so named after Sir Andrew Clarke, the second Governor of Singapore from 1873 to 1875, who developed the area as a major port of trade. The road alongside the quay has now been developed as a pedestrian mall. The Quay area also comprises the East Street, West Street, and Clarke Street. 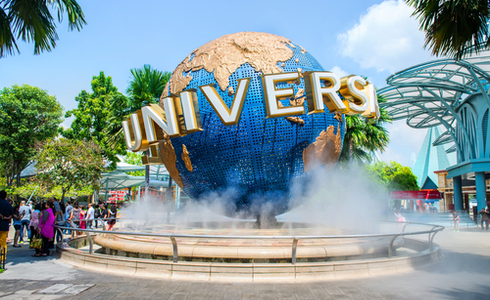 #3 Chinatown. One of the most interesting places to visit in Singapore, Chinatown is a settlement of ethnic Chinese living here for many generations. Today, it is a bustling corner and famous landmark of Singapore. Singapore tourism mentions other places of interest inside Chinatown, like NUS Baba House, Street Market, Thian Hock Keng Temple, Sri Mariamman Temple, Buddha Tooth Relic Temple, City Gallery, etc.

#4 Little India. Located to the East of the Singapore River, Little India is predominantly Indian in nature and appearance. It used to be a province of colonial Singapore, full of Indian immigrants who were made to live there under the prevalent segregation laws. Some parts of Chulia Kampong were also divested for ethnic Indians, but as their population grew, they were moved to Little India. Today, the area is said to have developed around a former prison settlement for Indian convicts. The earliest settlers raised cattle and other livestock there. Today, it is one of the most bustling areas of Singapore, with many eateries, shopping bazaars and houses.

#5 Joo Chiat. Joo Chiat and Katong are quaint neighbourhoods in the city, and some of the best places to visit in Singapore. Singapore travel guides mention that this corner of East Singapore was once full of coconut plantations. It was a retreat for the wealthy families in the city before the 20th century. Later, it began to include housing for all, however it was dominated by English-educated middle class residents. The area has beautiful pre-war architecture and terrace houses with ornate facades. You can discover a lot about the old Peranakan culture here when you visit the little stores, restaurants and heritage bungalows.

#6 Singapore Botanical Gardens. One of the prominent landmarks in the city, the Singapore Botanical Gardens are a vast expanse of green in the middle of the concrete jungle. It holds the distinction of having the area’s first rubber tree orchards – you will love walking in these shady areas and breathing in the fresh air. Apart from these, you can check out the beautiful artificial lakes, flowers, small animals and dense plants. Touring the whole garden takes about two hours, but it is one of the best places to visit in Singapore.

#7 Singapore Flyer. Standing at a majestic 165 metres height, the Singapore Flyer is one of the landmarks of the city and in the world. Known for being a fine example of urban engineering, it is an edifice that offers stunning views of Singapore, some parts of Malaysia and Indonesia as well. You can go right to the top and enjoy a meal with your family, including a flute of champagne. You can also experience the famous Singapore Sling, a themed capsule ride.

#8 Arab Street. One of the most charming corners of Singapore, Arab Street is famous for its Turkish and Persian restaurants, live music on the street on weekends, and little shopping corners. A little off the street, you can find all-night cafes and restaurants for the younger set.

#9 Marina Bay Skypark. Singapore is full of observatories and viewing decks, but the most spectacular one by far is the Marina Bay Skypark. It is a gigantic edifice soaring 57 levels above the main city. You can stand and observe the city below you from your lovely vantage point, and this place makes for some amazing photographic backgrounds as well – so keep your camera at the ready.

#10 Supertree Grove. One of the most stunning places to visit in Singapore is the Supertree Grove. True to its name, it is a manmade grove of trees that is decorated with lights during special times of the year. Entry to the area is free and you can view the trees at their illuminated best at dusk. The best time to visit Singapore’s iconic landmark is during Christmas, when the trees are decorated prettily and there are fireworks as well. Christmas music is also played till late into the night and the area is wonderfully festive.

Where To Stay In Singapore

If you are on a Singapore holiday, only the very best accommodation should meet your needs. We recommend the Club Mahindra Parkroyal Resort in Singapore Conveniently located on Kitchener Road in close proximity with shopping plazas, walkways and restaurants, this premium resort has all that you need for a quiet, luxurious stay in the heart of bustling Singapore.

Enjoy staying in a well-appointed room offering stunning views of the city. If you are fitness-minded, the resort’s well-appointed gym and fitness centre will serve your needs. Or you can work up your appetite for breakfast with a refreshing dip in the pool. Once you are done with the day’s sightseeing, sample the delicious spread at the resort’s restaurants. Do not miss staying at this luxury resort in Singapore, to enhance the value of your holiday even more.

A.There are as many as 21 hiking trails in Singapore. The most famous ones are Macritchie Reservoir, Pulao Abin, Southern Ridges, Bukit Timah Nature Reserve, C2C Trail, Keppel Hill Reservoir, Fort Canning Park and Upper Pierce Reservoir.
A.There are many lovely places to choose from in Singapore tourism. Our favourites are Fountain of Wealth in Suntec City, Henderson Waves Bridge, Marina Bay Sands Infinity Pool, Esplanade Theatres, Gardens by the Bay, Buddha Tooth Relic Temple and Merlion Park and Statue.
A.Any place in Singapore is good to stay in – the city is planned in such a way that the nearest metro stations, public plazas, gardens, restaurants and other common public utilities are located just a few minutes away from each block. However, we recommend the Kitchener Street, Marina Bay, Chinatown, Sentosa Island, Tiong Bahru, Bugis and the Clarke Quay area for staying.
A.Singapore is one of the biggest shopping hubs in the world. It also has a two-month-long shopping festival every June and August. But there are some unique items you can buy here. The most popular one is the Tiger Pain Balm – the original composition is made and available for sale here. Then you can buy cuts of BBQ meat, coconut jam, pressed pennies, souvenirs about the city, and the famous Singapore sling cocktail.
A.Though the city is vast and packed with tourist hangouts, you can see all of it in one week if you plan your itinerary properly.