Jaisalmer is steeped in the history of bravery and sacrifices of its brave Maharajas. Its soaring dunes reverberate with the pure, earthy notes of its folk songs. The golden sands continue as far as the eyes wander and the sky is an uninterrupted canvas adorned with vivid shades of azure. Jaisalmer is a magical holiday destination that pairs the desert’s stark beauty with the opulence of Rajasthani hospitality. Here’s a three-day itinerary for Jaisalmer.

Test your marksmanship at the archery range or walk on water with aqua zorbing in the pool. Venture outside on a desert safari or take a short camel ride among the dunes. Enjoy folk performances and try Rajasthani art with pot painting and emboss painting workshops. End an exciting, fun-filled day with a relaxed dinner by the pool or a dazzling, starlit bonfire dinner amidst the dunes. Here’s a three-day itinerary of Jaisalmer for a memorable holiday.

Kick off your Jaisalmer tour with architecture appreciation, starting with Jaisalmer Fort. Sonar Quila, as it locally known) stands tall above the city, lording over its domain even today. This 860-year-old UNESCO World Heritage Site gives panoramic sights of the city. The seven Jain temples within the fort complex are some of the oldest in Jaisalmer. Built out of yellow sandstone, they are religiously and archaeologically significant. But they are known for their intricate carvings and Dilwara-style paintings within. All the temples are connected through a network of complex corridors.

Next on the list is Tazia Tower which stands tall in the Badal Palace Complex within the fort. History says that the tower was constructed by Muslim carvers as a gift for Maharawal Berisal Singh. The beautiful balconies give glorious views of the surroundings. Not far from the fort, Nathmalji ki Haveli is a century-old architectural jewel that was the home of the Prime Minister of Jaisalmer. Though smaller than the Jaisalmer Fort, it is grander in its delicate beauty. Thus ends your first day in Jaisalmer.

Dedicate your trip’s second day to Jaisalmer’s culture and begin your sightseeing at the Desert Cultural Centre and Museum. It has lovingly preserved Jaisalmer’s history. It is home to a large collection of ethnic artefacts, traditional instruments, and medieval coins. Its treasures include ancient fossils, old weapons, historic handicrafts, and traditional jewellery. Be sure to catch the hourly puppet show. Head to the Gadisar Lake next for a breath of fresh air. The yellow sandstone archway that leads to the lake is a magnificent introduction to the lakes’ tranquil surroundings.

A large congregation of temples and shrines dot the banks of the lake. It also attracts a large variety of bird species that have made homes around the lake. Take a soothing boat ride and explore the big domed pavilion in the centre of the lake from up close. But one of the biggest attractions of the area is the Folklore Museum that is located near the lake. It is a private museum that chronicles the evolution of Jaisalmer through its collection of paintings, photographs, puppets, textiles, handicrafts, and jewellery. 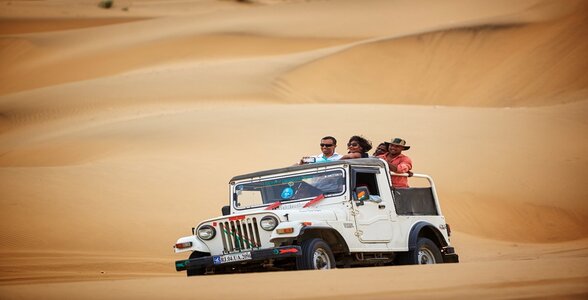 Venture away from the city centre on your third day and pay a visit to Lodurva Village. Having served as the ancient capital of the Bhatti Dynasty, it houses a well-preserved collection of Jain Temples and other historic monuments. It is significantly older than Jaisalmer. Sacked and rebuilt several times, it is an apt symbol of Rajasthani resilience. On your way back from Lodurva, stop at the Bada Bagh for a unique sight. It is a garden dedicated to chhatris of Jaisalmer’s royal family, one for each ruler of Jaisalmer.

After the history tour, reserve the rest of the day for culinary pursuits. Rajasthani food is rich in flavour and texture and is best enjoyed on the streets of Jaisalmer. Visit any bustling bazar to find some of the best street food the city has to offer. Dig your teeth into piping hot Pyaz ki Kachori and take a chance with spicy Mirchi Bhajiya. Gatte ki Subji is a universal favourite while Rajasthani Laal Maas is a non-vegetarian staple. End your culinary exploration with Moong Dal Halwa or Rabri Ghevar. 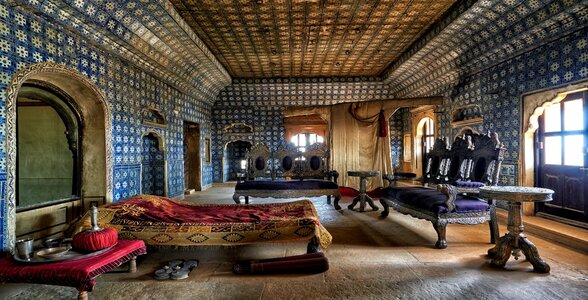 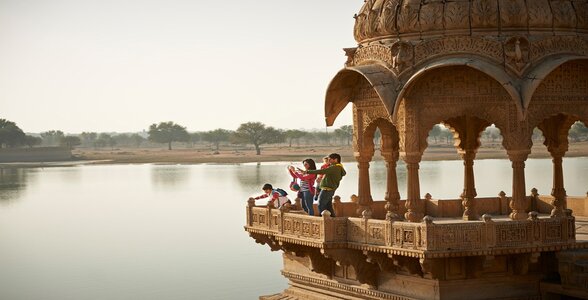 Club Mahindra Jaisalmer is a showcase of the city’s royal splendour. It wears a cloak of old-world charm that belies its modern, world-class facilities. Endowed with luxurious amenities, it pampers you and takes care of your every need. There’s a plethora of activities to do within the resort.

Rich in history and meticulous in its hospitality, Jaisalmer is a crown jewel in Rajasthan’s royal heritage. Your Club Mahindra holiday gives you the best of both worlds, a historic getaway enhanced with modern amenities. 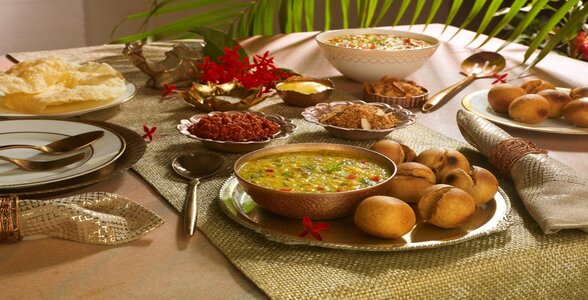