While most people go on a holiday for sightseeing and relaxation, there are those who embark on new adventures. For them, a holiday is an itinerary jam-packed with outdoor activities and loads of adventure. Rock climbing is among the top adventure activities that you can enjoy. If you want to enjoy rock climbing in India, there aren’t many comprehensive guides. We give you top ten amazing rock-climbing destinations in India.

Better known for its cultural and historical connect, Hampi is the unlikeliest rock-climbing destination in India. With giant boulders strewn across its landscape, it is a popular bouldering destination. It has some really challenging climbs that beckon thrill seekers to take them on. There are many resorts in Hampi offering a comfortable stay. October to February is the best time for rock climbing in Hampi.

The fiery red sandstone rock faces at Badami are among the toughest in the world. It is the only rock-climbing destination in India that offers climbing on bolted routes that range from 5b to 8b+. It is a paradise for rock climbers of all calibres, from enthusiasts to experts. The local operators are a treasure trove of knowledge that includes all the hidden climbing routes.

Set amidst the cold, other-worldly landscapes of Leh, Rock climbing in Suru Valley is a surreal experience. It is a magnificent bouldering location that’s home to Bacteria. With a difficulty level of 8b+, it’s one of the hardest boulder problems in the world. This stunning location plays host to Suru Bouldering Festival which attracts international participants, making it the ambassador of rock climbing in India. 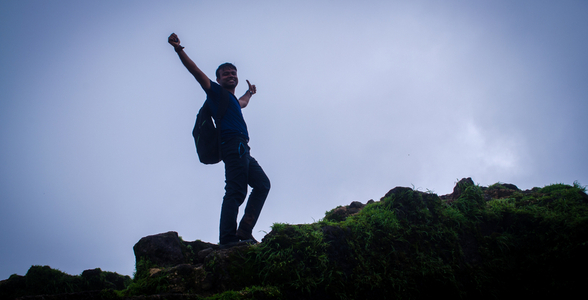 Far away from the resorts in Himachal Pradesh, an isolated village in Kullu Valley is fast becoming the hub of rock climbing in the region. It hosts the Sethan Bouldering Festival which celebrates the sport amidst pristine surroundings. It is a two-hour journey by car from Manali, making it easily accessible. May, June, October, and November are the best months for rock climbing in Sethan.

Surrounded by snow-laden peaks, and dense forests of Himachal Pradesh, Miyar Valley is a well-known rock-climbing destination in India. Bordering the Pir Panjal range and Zanskar, it is a stunning location that holds immense promise for thrill seekers. The rugged terrain sets the right tone for adventure. It has numerous towering peaks, some as high as 6,300 metres, making it a paradise for rock climbers.

Surrounded by the diverse and thriving ecosystem of the Western Ghats, Malshej Ghat is an adventurer’s delight. Home to some of the best resorts in Maharashtra, you can enjoy rock climbing in Malshej Ghat near Ajoba Hill Fort. It’s one of the tallest peaks in the Sahyadri range, the perfect backdrop for rock-climbing adventures. Summer and winter are the best seasons for rock climbing here. 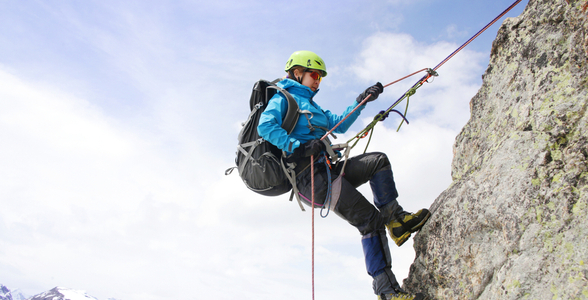 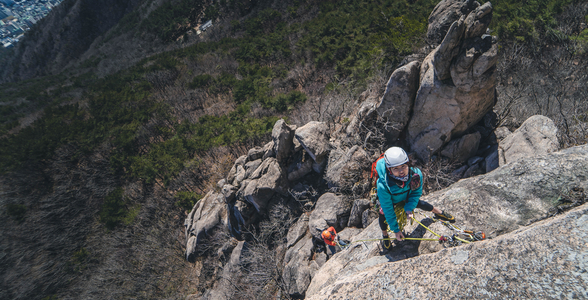 Small and rustic, Idar is a well-kept secret of rock climbing in India. Set in the incredible Aravalli Range, the rocky landscape makes it a challenging rock-climbing destination. It is a relatively unexplored terrain as far as the sport is concerned. The Polo Forest region has all the best rock-climbing spots. It is also home to ancient 10th-century ruins that add to its adventurous ambience.

The Pavagadh Peak in Gujarat has a positive energy that encourages you to climb higher. Home to Maa Mahakalika, it is one of the 51 shakti peeths of India, that’s frequented by devotees all round the year. There are several rock formations around the peak that enthral enthusiasts and experts alike. There are several operators here that offer proper equipment to make rock climbing hassle-free.

Located near Leh, Shey Rock basks in the beauty of Kashmir. It is one of the best rock-climbing spots in the region that also has something for beginners. Frequented by climbers from all over the world, it has no less than 20 bottled sport routes, but the Hiram Crack is a favourite. Since it’s so well-visited, the facilities that you will find here are top-notch.

Flanking the Gandeshwari River, Susunia is an important archaeological site. Reputed to be even older than the mighty Himalayas, Susunia Hills is an extension of the Eastern Ghats. It has several rock faces, easy as well as challenging, that are like playgrounds for enthusiastic rock climbers. Winter is an especially good time to come here for rock climbing and challenge yourself to conquer your fears.

Rock climbing has a certain rawness associated with it that makes it such a challenging sport. It’s just you, a rope, and the rock face, and the world simply fades away.