Located near the famous tourist town Munnar, Eravikulam National Park is one of the oldest national parks in Kerala. The national park is home to the endangered goat-like creature called Tahr. Other endangered animals like sambar deer, leopards, tigers, golden jackals, elephants, and Nilgiri Langurs can also be spotted here. The park also houses over 120 birds species and 101 species of butterflies. Nature-lovers from all over the world visit Eravikulam for the wildlife and the scenic views of the grasslands. People come to witness the blooming of the beautiful Neelakurunji flowers. These beautiful blue flowers bloom every 12 years and cover the entire valley making the scenery breathtaking.

The second highest peak in South India, Anamudi, is also situated inside this national park. The park is open throughout the week. A jungle safari of the entire park will take 2-3 hours and will be sure to leave you completely mesmerized by the beauty of Munnar.

Located in Thekkady, Periyar Wildlife Sanctuary is one of the biggest and most popular wildlife sanctuaries in Kerala. The sanctuary is spread over 925 sq. km of protected forests, out of which 350 sq. km was declared a national park. It is home to a big population of tigers and elephants. The sanctuary has many other species of wild animals apart from tigers and elephants. Gees Golden Langur, Lion Tailed Macaque, Bonnet Macaque, Nilgiri Langurs, Wild Pigs, Sambar, Barking Deer are to name a few.

Where to Stay in Thekkady - Plan your stay at Club Mahindra, Thekkady, and relax amidst nature’s glorious beauty after an adventurous jungle safari at Periyar Wildlife Sanctuary. 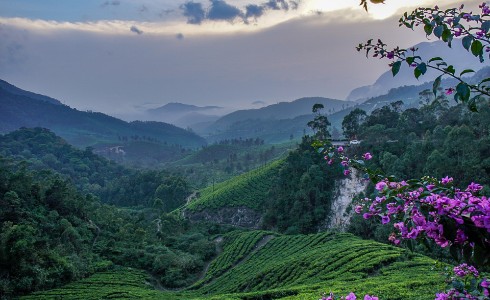 The second-largest wildlife sanctuary in Kerala, Wayanad Wildlife Sanctuary boasts some of the most beautiful landscapes in the country. It is said to have the largest tiger population in Kerala. The protected area of the sanctuary is an elephant reserve. The river Lakkiki flows through this wildlife sanctuary. Beautiful hilly terrains and lush green valleys make this one of the most picturesque destinations in Kerala.

Declared as a national park in 1984, Silent Valley National Park has historical and cultural significance. It is said that Sairandhiri (Panchali from Mahabharata) hid here along with her five husbands (Pandavas) from their cruel cousins (Kauravas), and hence, it is also called Sairandhrivanam. The national park boasts thousands of species of flowers and plants and 110 species of orchids. The park is home to 200 species of butterflies and 400 moth species. The wildlife in this national park consists of leopards, tigers, snakes, Malabar giant squirrels, and more. 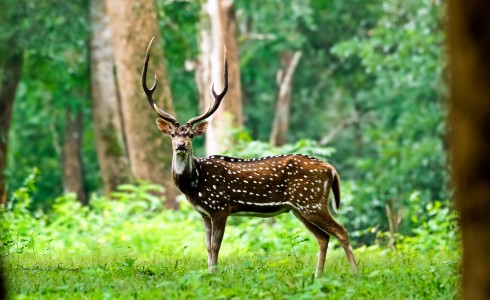 Located in the Idukki district, this is one of the newest wildlife sanctuaries in Kerala. It is famously known as the home of the endangered species called the Great Grizzled Squirrel of India. The sanctuary is full of natural wonders like green hillocks, deciduous forests, and picturesque waterfalls. This truly is one of the best wildlife sanctuaries in Kerala to spend time with nature and completely lose yourself in it.

Apart from other Kerala tourist places like the beaches and backwaters, there’s a whole world of natural beauty waiting to be explored. So take a trip to Kerala and have a wildlife adventure that you will remember for years to come.