Maharashtra as we know it today was carved out only years after the Indian independence.

Land of Shivaji and the Peshwas, bountifully equipped with natural beauty, dotted by seashores and ancient forts, and having a chequered but fascinating history, Maharashtra is the stuff of legend and song. However, Maharashtra as we know it today was carved out only years after the Indian independence. It was created by merging Bombay South West and West, Berar, North West Hyderabad, half of Saurashtra and Vidarbha regions. This was done after the States Reorganisation Act of the early 1970s.

Today, it is the third largest State in India and its second most populated. It is also the wealthiest State in the country, with Mumbai as the financial capital for India located here. It also has other important and developed cities like Pune, Nashik and Nagpur. On the one hand, these are the State’s most urbanised and industrialised regions. On the other hand, there are deeply rural pockets like Nandurbar village, for example, which only have indigenous tribal populations to date inhabiting them.

There are many things to do in Maharashtra, with much to eat and explore as well. We list some of the most important reasons to visit Maharashtra:

* It has some of the most revered spiritual spots: From Shirdi near Nashik to the famous ‘Ashtavinayak’ and ‘Ashta Ganpati’ sites (these are eight Ganesh murti sites each), the most stunning spiritual and religious spots are all in Maharashtra. Every year, thousands of pilgrims also join the Holy Walk (or ‘Wari’) at Pandharpur, to celebrate the birth of Vithoba. There is also the famous Jyotiba Temple on a hill in Kolhapur. If you are spiritually inclined, then you must check out these places to visit in Maharashtra.

* It has the most wonderful coastline. Maharashtra’s large coastline makes for some of the most stunning beaches and inlets. Beach towns like Alibaug, Murud and Ganapatipule are star tourist attractions all year round, as are the beaches of the Malvan coast (Tarkarli, Sagartirth, Sindhudurg, etc.) You get a wide variety of seafood along the coast, as also the choicest resorts and hotels.

* Trek and indulge in adventure: Then there are the various trekking trails in Bhandardara, Rajmachi Fort and Harishchandra Fort. The hilly terrain is not meant for casual walking, and these fort sites were essentially used by kings when practicing guerrilla warfare on marauding armies. Today, you can hire a local guide and go trekking on these trails, but do make sure to make a day of it. For the water babies, there are scuba diving, snorkelling and deep sea diving opportunities at Tarkarli and Kolad.

* There is wildlife galore: The famous Tadoba National Park is located in Maharashtra. It is home to the Indian tiger and many other species of wildlife. The jungles of Maharashtra, along the coast and in the Vidarbha region too, boast of a lot of flora and fauna. The biodiversity here is enough for you to book a wildlife tour in Maharashtra.

* The food is to die for! Maharashtra boasts of some of the most diverse and delicious cuisines in all the land. From fast food on the streets to traditional preparations in the villages, there is a staggering variety of dishes to die for in both vegetarian and non-vegetarian options. This is one of the Indian States to have three distinct menus for breakfast, lunch and dinner, and dishes from one category are normally not eaten at another time. You will love the sheer variety of both sweet and savoury food on offer.

* It has a thriving art and cultural scene. Marathi literature and theatre are extremely rich, and people who don’t speak Marathi are also fond of catching up with films, plays, book festivals and cultural events in the language. However, cities like Pune and Mumbai are truly cosmopolitan, with many events being held in other languages as well. You will love the art galleries and theatres of Mumbai, the music and film festivals of Pune, and the cultural events held at the Ajanta and Ellora caves, among many others.

The Best Places To Visit In Maharashtra

A State as large and diverse as this one deserves a long tour. But before you get confused about which places to visit in Maharashtra, we decided to compile a list of 15 places to begin your holiday with:

1 Mumbai. This one’s a no-brainer. Why would you visit this State and not go to the best place to visit in Maharashtra, the city of dreams Mumbai? Fast paced, exciting, safe and always ambitious, Mumbai is for the go-getters and upwardly mobile. But beneath the gloss and highfalutin lifestyle, beats a heart of gold. The city that never sleeps is also the city with an indomitable spirit and the will to help another in times of sorrow. Nothing can keep Mumbai down, whether it is rainwater flooding or terrorist strikes.

2 Mahabaleshwar/Lonavla. If you’re looking for a quiet getaway in Maharashtra, then you should head to the hill stations of Mahabaleshwar and/or Lonavala. These are two of most restful places to visit in Maharashtra. You can check out both places, but hire road transport to take you from one to the other. 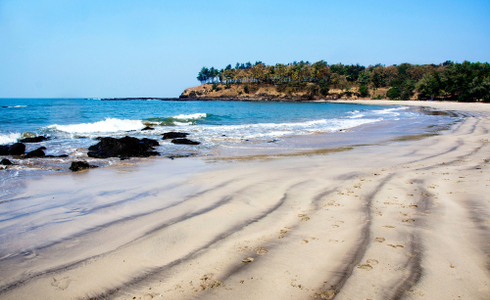 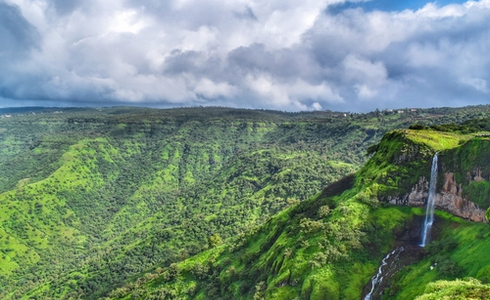 3 Ajanta Caves. These caves are a wonder to behold. In all, they are 30 rock cut caves carved in the Buddhist tradition, in the form of monuments. They date back to the 2nd Century BC and are located in Aurangabad. Apart from the rock cut caves, there are paintings and sculptures in the rock face as well, which are fine examples of ancient Buddhist art. You must certainly mark this site as an important place to visit in Maharashtra.

4 Ganapatipule. A small sleepy town off Ratnagiri, Ganaputipule has shot to prominence in recent years owing to its huge tourism potential. You can visit it via Chiplun, for its awesome beaches and pristine white sand. However, the beaches here are quite treacherous so do heed warnings about marshy and quick sand patches, as well as lifeguards warning you not to venture too deep into the water during high tide. Meanwhile, there is a 400-year-old Ganpati temple here, from where the town gets its name. 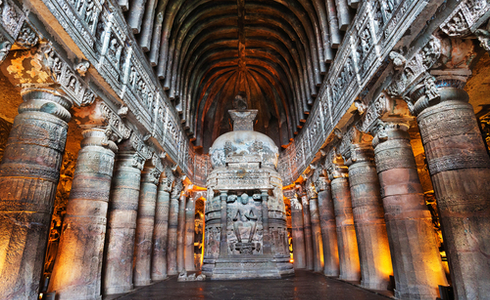 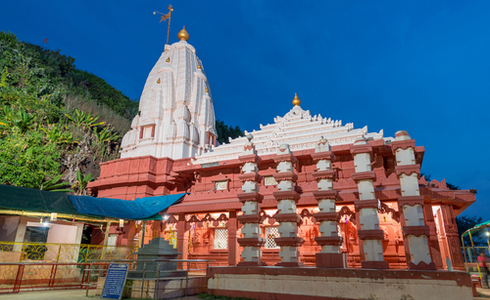 5 Kolhapur. Historically rich Kolhapur was owned by the Bhosale royal family till Indian independence in 1947. One of its most important kings was Rajarshi Shahu Maharaj, who implemented several public welfare schemes like free education to all irrespective of caste. He is also credited with being one of the torchbearers of the anti-touchability movement in the State. Today, Kolhapur is one of the wealthiest cities in Maharashtra, but it is most famous for its spicy non-vegetarian cuisine and unique chappals (known as the Kolhapuri chappals).

6 Pune. Pune is second only to Mumbai in terms of geographical area. In recent years, it has developed tremendously as an IT and automobile manufacturing hub. Till the 18th century, Pune was ruled by the Peshwas who had various palaces all over the city, the biggest and most famous one being Shaniwar Wada. Some of the country’s most prestigious international schools and B Schools are located in Pune and its outlying suburbs, while several colleges here offer exchange programmes with European institutions. 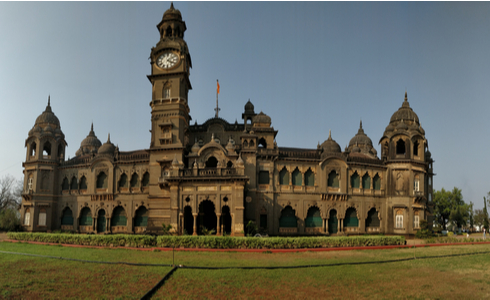 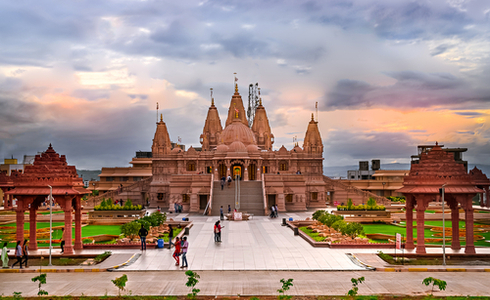 7 Alibaug. This beautiful beach town is a tourist hangout for the ages. Featuring pretty houses with thatched roofs, a stunning line of beaches, the fearsome Janjira Fort about 20 km away in Murud village, and several small eateries selling sumptuous seafood, it is one of the most charming places to visit in Maharashtra.

8 Igatpuri. Igatpuri is a hill station in Nashik district, so if you are dropping by in Nashik, you must certainly visit this place in Maharashtra. Located off the Mumbai-Agra NH 3, it is most famous for the huge Vipassana centre it has. This hill station comes alive with natural beauty in the monsoon season, which is often the best time to visit this area.

9 Ratnagiri. Known the world over for its most famous offering, the Alphonso mango, Ratnagiri is a coastal city in the Konkan region. It was traditionally an important port of trade and resting point for ships dropping anchor before moving further along the coast. Apart from some pretty beaches, it has a spate of top rated schools and junior colleges, apart from the Marine Biological Research Station spread over 10 hectares of land.

10 Matheran. This hill station is one of the most ecologically sensitive places to visit in Maharashtra. Very few people know that it is Asia’s only automobile-free spot. You can drive only up to Dasturi point, after which you may either walk 3 km to the top to reach the main market and rest of Matheran or take a horseback ride or even a hand-pulled cart.

11 Panchgani. A quaint hill station in Satara district, Panchgani has always had a reputation as a premier spot for boarding schools and excellent educational institutions. Till the last century, it had a fair smattering of day and boarding schools, as also sanatoria. It is a great spot to visit to or on your way back from Mahabaleshwar, however, a lot of its verdant green cover has been lost to development.

12 Aurangabad. Located in the hilly areas of the Deccan region, Aurangabad is most famous for being a major cultivator of cotton and manufacturer of processed silk textiles. Some important places to visit in Maharashtra are located here, such as the Bibi Ka Maqbara, Ajanta Caves and Daulatabad Fort, among many others.

13 Nagpur. Known as the ‘Winter Capital’ of Maharashtra, since the State Legislature is in session in the winter in this city, Nagpur is also famous for its oranges and various products made of the citric fruit. It has always been a political hotbed, what with the Dalit Buddhist Movement taking off here, and most recently, the call for a separate State of Vidarbha being made from Nagpur. When in Nagpur, don’t miss Deekshabhoomi, the largest hollow Buddha stupa in the world.

14 Nashik. Traditionally considered a holy city, Nashik lies next to the river Godavari and is the seat of the famous Kumbh Mela that is held here every 12 years. More recently, it has gained a reputation as the Wine Capital of the country, owing to many vineyards and distilleries being set up here.

15 Shirdi. Whether you believe in the legend of Sai Baba or not, Shirdi is certainly one of the most important places to visit in Maharashtra. You can visit the holy site here for blessings, and also take a walk around the charming villages alongside.

Where To Stay In Maharashtra

We recommend staying in any of the Club Mahindra Maharashtra resorts – they are located at Ganapatipule, Mahabaleshwar and Saputara. Each features some of the best restaurants in Maharashtra, state-of-the-art amenities, well appointed rooms and excellent service. You will love your stay and also enjoy your holiday in Maharashtra a lot more if you have a wonderful resort room waiting for you at Club Mahindra.