Historically, culturally, archeologically and economically rich Gujarat offers a treasure trove of experiences for every traveller.

Historically, culturally, archeologically and economically rich Gujarat offers a treasure trove of experiences for every traveller. If you are looking for a suitable State to holiday in this year, you should choose Gujarat.

The Best Time To Visit Gujarat

Most people will tell you – and they may be right – that the best time to visit Gujarat is during the winter season. The day time temperatures remain pleasant during the summer, while the night time temperatures can dip sharply. But you are fine as long as you bundle up warmly in the months of December to mid-February. After this, the temperature starts becoming warmer.

Meanwhile, the monsoon season is quite unpredictable in Gujarat, with different places receiving different amounts of rain. We urge you to check the weather during the summer season if you are planning a holiday during this time. Day time temperatures can go as high as 41⁰C in the months of May and early June. The air is dry and only the coastline is a bit humid.

The Best Places To Visit In Gujarat

You now know when to visit Gujarat and how to get there. It is now time to list the places to visit in Gujarat – these are must-visit spots to include in your itinerary:

1 The Rann of Kutch

The most celebrated place to visit in Gujarat, the Rann of Kutch is located between the Great Thar Desert and the Arabian Sea. Composed of salt and sand, the desert has a luminescent quality that most other deserts don’t – check it out on full moon nights, when the sand seems to sparkle like a diamond. Visiting the desert on full moon nights has become a popular thing to do in Gujarat, since cultural programmes are held during the tourist season. Siberian flamingos visit here during winter.

Saputara is the only hill station in Gujarat, and it a good retreat for the hot summer that the State faces. It has a huge lake around it, and the monsoon season sees a heavy mist rising out of the lake and enveloping the region like in a dream. You can visit the nearby artisanal village, a tribal museu, and also take a cable car ride. 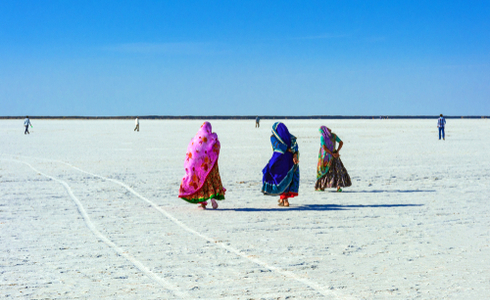 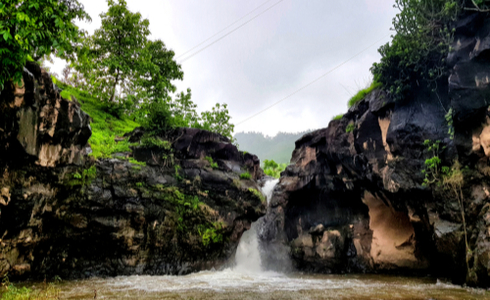 Gujarat has some of the most astounding archaeological sites in the world, dating back to the Indus Valley Civilisation. If you are interested in history, you should visit the ancient sites at Lothal, where ruins dating back to the Indus Valley Civilisation can still be found. It is in relatively good condition, with a museum built here in the last decade. The museum houses relics from an ancient era, with utensils, jewellery, scrolls and many guides on what the lives of people of the time were like.

Credited with being the residence of Lord Krishna, Dwarka is today one of the Char Dham pilgrimage sites and a holy ground for Hindus. In the olden days, it was a capital for the region but had more of a cultural significance than an economic one. It is located next to the Gomati River and has a temple next to the beach where sea urchins, turtles and starfish can be seen in the winter season. It is one of the best places to visit in Gujarat during the annual Janmashtami Festival. 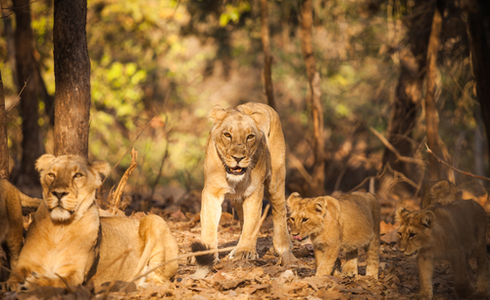 Junagarh is a historically important city abounding in many monuments that you will love to explore. It is close to the Gir National Park, and is one of the most important places to visit in Gujarat. There is a lot to see and explore for a couple of days, including the famous Shakkarbaug Zoo close by, the Uparkot Fort and the Wildlife Museum.

If you like to visit old temples, then the Sommath Temple is one of the most important places to visit in Gujarat. This temple forms part of the 12 famous Jyotirlingas of Lord Shiva. It is just next to the Arabian Sea and is said to have been destroyed by marauding armies many times, only to be rebuilt by the next Hindu kings. However, the more romantic legend associated with this temple is that it was rebuilt by Lord Shoma in gold, by Lord Krishna in wood, by Lord Ravana in silver and by Lord Bhimdev in stone. What you see today is the stone edifice.

The Asiatic Lions have only one natural habitat in India, at the Gir National Park. The Park is one of the most significant places to visit in Gujarat if you want to see this majestic animal up close. You can also look at other animals like hyenas, black buck deer, mongoose and birds like fish owls. It is a huge park spread over 1400 square feet of land, but it has an indigenous community living inside as well. Take a jeep safari through the park to see the animals from a safe distance.

Another one of Gujarat’s oldest civilisations is found in the ruins of Dholavira. It is about 4,500 years old and in good condition. Walking through the ruins gives you a sense of how ancient Indians lived. Today, apart from the ruins there is a fair amount of wildlife here as well, with the Kutch Desert Wildlife Sanctuary close by.

Another important place to visit in Gujarat, Bhuj is an old city that can trace its origins as far as the 16th century. It was an independent region then, and full of wondrous monuments like the Cenotaph Complex (still standing here) that had the tombs of the royal families of the time. You should also check out Parag Mahal, Aina Mahal (all its interiors are made up of mirrors!), the Shiva Temple and the Hamirsar Lake close by.

This gigantic edifice was once the largest private residence in the whole world! It was built by the Maharaja Sayajirao Gaikwad the Third, over an area of 700 acres of land with other buildings like the Moti Baug Palace and Maharaja Fateh Singh Museum as part of the complex. There are various sculptures to check out, as well as the marble, bronze and terracotta armours at various points throughout the palace. Today, the royal family of Vadodara stays here but parts of the palace are open to the public.

The Asiatic Lions have only one natural habitat in India, at the Gir National Park. The Park is one of the most significant places to visit in Gujarat if you want to see this majestic animal up close. You can also look at other animals like hyenas, black buck deer, mongoose and birds like fish owls. It is a huge park spread over 1400 square feet of land, but it has an indigenous community living inside as well. Take a jeep safari through the park to see the animals from a safe distance.

Rajkot was an old city ruled by many different royal families. It acquired the name ‘Rajkot’ in 1620 when the Jadejas owned it, and their rule ended in 1947 with the Indian independence from the British. It was the erstwhile capital of the Saurashtra region and today, one of the fastest growing cities in the country.

Most people know of Anand as the birthplace of the Milk Revolution in India a few decades ago. Even today, the biggest Indian producer of milk is based out of Anand. However, that’s not all that adds to its identity – the village is a charming place to visit in Gujarat if you want a taste of rural India. The majestic Swaminarayan Temple is also located here.

The famous Mandvi Beach is located close to the Arabian Sea, and is a place where you can bliss out on the shores or take a boat ride with your beloved. If you are in the mood for some adrenaline-pumping action, then you can sign up for some water sports (but get a reputed tour operator only). This beach is perfect for camping as well.

This is one of Gujarat’s oldest ports, and it still functions as one. One of the most significant places to visit in Gujarat, it is also a famous beach town known for its cleanliness and serenity. More to the point, it is famous for being the birthplace of Mahatma Gandhi. You can spend a day here, visiting the beach and also the many temples here.

The scenic village of Modhera is one of the most charming places to visit in Gujarat if you like to get a glimpse of peaceful village life. The famous Sun Temple is located here, as are many ancient monuments and relics dating back to medieval times. The Temple plays host to many festivals, notable the Garba Festival during Navratri.

Where To Stay In Gujarat

There are so many options for accommodation in Gujarat that you will have a tough time deciding where to book your stay. But do avoid the cheap homestays and rentals – these are unpredictable and may mar the mood of your holiday. Instead, book yourself into a premium Gujarat resort like the Club Mahindra properties such as the Azzaro Resorts and Spa, Diu, Dwarka Resort, Kensville Golf Club Resort near Ahmedabad, and Boulevard 9 Resort in Nadiad. They provide easy access by whichever means of transport you arrive, stunning locations and superb room décor. You will be happy to book yourself into any of these premium properties featuring the best restaurants in Gujarat, apart from thoughtfully designed recreation spaces for adults and children. When not sightseeing, you can explore the properties on foot and even step out to the local markets to shop and snack.