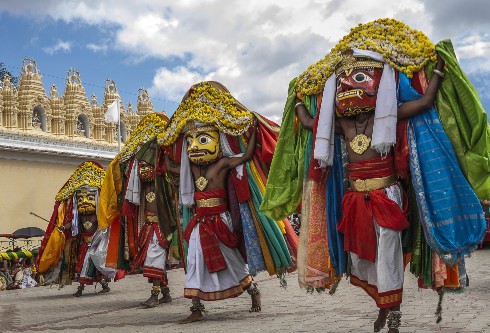 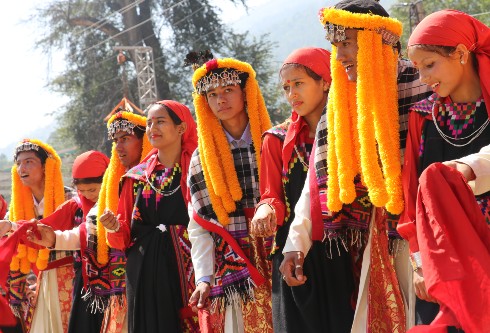 India is a place of a variety of festivals, and Dussehra or Vijaya Dashami is among the most important festivals in the country. Due to India's cultural richness, Dussehra is a festival celebrated in various ways around the country. The majority of the focus is on the triumph of good over evil in various ways, honouring numerous Gods and Goddesses. Each Indian state celebrates the event in its unique fashion, yet elegance and ethnicity are significant aspects of the festival regardless of where it is celebrated. Here are the top five destinations in India where Dussehra is celebrated with pomp and glory.

Dasara is the name given to Dussehra in Mysore. It is a four-hundred-year-old custom that takes place at the end of the nine-day Navaratri celebration. Goddess Chamundeswari, a powerful form of Goddess Shakti (also known as Durga and Kali), slew the monster Mahishasura on the day of Dasara in Mysore. More than 100,000 light bulbs dazzlingly light Mysore Palace during Dasara, and a special Durbar is held with the Royal family in attendance. The event concludes with a traditional street procession with an idol of Goddess Chamundeshwari carried in a golden howdah atop a beautifully decked elephant.

The "Jamboo Savari" parade includes spectacular tableaus, musical and dance performances by numerous performers, a dramatisation of local folklore, decked elephants, enormous puppets, horses, and other elements. The parade begins at the royal palace and ends at the Banni Mantap. In the evening, a torchlight parade takes place here, while a large fair takes place across the street at the Exhibition Ground. During the 10-day festival, cultural and sporting events are also organised.

Kullu is one of the most beautiful destinations to visit during Dussehra, and the festival is celebrated uniquely. It begins on the tenth day of Dussehra and lasts a week. Spiritual passion and traditional beliefs blend beautifully with drum beats, the booming sounds of Narsingha trumpets, and the Himalayan aura at the centuries-old Kullu Dussehra. Devotees carry Gods’ and Goddesses' idols in a parade to Dhalpur Maidan, where they meet the principal God, Raghunath. The Kullu Dussehra, founded in 1637 by Raja Jagat Singh (the previous king of the Kullu valley), is India's sole festival in which a significant number of deities are gathered in one spot. Exhibitions, cultural performances, and vendors from India make the Dhalpur Maidan spring to life. The procession is conducted to the River Beas on the last day of the festivities, where a bunch of wood is set on fire to depict the burning of Ravana's Lanka. 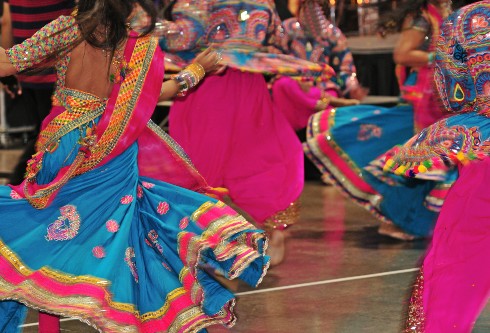 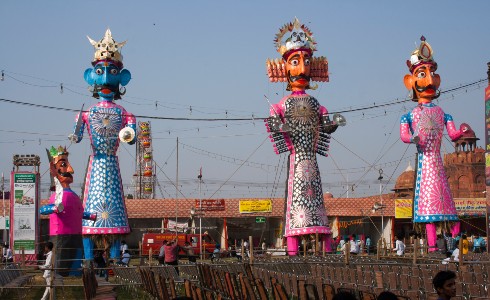 Dussehra is celebrated with brilliant fervour in Ahmedabad. This celebratory event will likely leave a lasting impression on guests, with bustling midnight buffets, frenetic Garba dances and vibrantly coloured chaniya cholis, kediyus, and kafni pyjamas, spinning to the beat of the dhol. Garba, a well-known Gujarati folk dance, is the main attraction of this event in this state. Around this time, another thing to see in Ahmedabad is the Gujarati people's 'aarti' in honour of the Mother Goddess. Thousands of people dance in a circle around clay lights to honour good triumph over evil.

Dussehra in Delhi is celebrated spectacularly. Hundreds of special stages have been erected across the city for Ramlila performances, giving it a colourful, joyful appearance. This specific Ramlila musical is thought to have been established about 170 years ago by Mughal Emperor Bahadur Shah Zafar. Scenes from the popular Hindu classic The Ramayana are reenacted in the shows. They depict Lord Rama's life, ending in his battle and burning the demon Ravana on Dussehra, the tenth day. The majority of the residents in this city fast for nine days.

The enormous effigies of Ravana and his brothers are set alight after nine days of worship in a loud fireworks show. The effigies burst in front of applauding crowds in public parks, lighting up the night sky with crackers. The most admirable aspect of Delhi's Dussehra celebrations is that they can be seen from anywhere in the city. However, the Ramlila shows at Ramlila Maidan, the Red Fort grounds, and the Red Fort lawns are the most popular in Delhi. 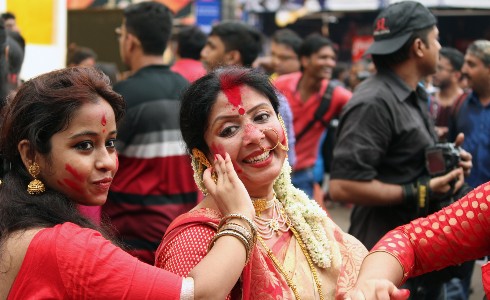 Dussehra is known as Vijaya Dashami in Kolkata. It is the last day of the Durga Puja and Navratri celebrations. It is believed that Goddess Durga slew the demon king Mahishasura on this day and that Lord Rama defeated King Ravana on this day, symbolising the win of good over evil, hence the name Vijaya Dashami which means the day of victory. On Vijaya Dashami, the Goddess' idols are taken in processions and immersed in the Ganges. The most popular of the several ceremonies performed on this day is when married women put vermillion and offer sweets to the Goddess and smear vermillion on each other.

In 2021, Dussehra will be celebrated on October 15, 2021 (Friday). To witness the Dussehra celebration in these iconic places in 2021, you can opt for Club Mahindra resorts spread across India.