Gujarat is known for many things. Asiatic lions. The majestic White Desert (Rann of Kutch). Wholesome, delectable thalis. Colourful handicrafts. Exquisite textiles.  And last but not least, vibrant festivals! In this blog, Club Mahindra takes you through the highlights of the beloved Navratri festival.

Opening up the history book

Did you know, mythology is interlaced with Navratri’s origins?

The first one has to do with the battle fought between Goddess Durga and Demon Mahishasura. It is believed that Lord Shiva, upon the plea of the other Gods, called upon Goddess Durga for aid. She took on 8 different avatars – the Nava Durga – Parvati, Brahmacharini, Chandraghanta, Kushmanda, Skandamata, Katyayani and Kalaratri. For a period of 9 days and nights, she duelled with the demon, until finally, good triumphed over evil. Each day is associated with an incarnation of the Goddess.

The second one has to do with Goddess Sati, who married Lord Shiva against the wishes of her father, King Daksha Prajapati. In an act of vengeance, Daksha organised a huge Yajna (ritual) and invited all the Gods, except his new son-in-law. Sati decided to attend the Yagna, despite Lord Shiva's attempt to persuade her otherwise. Daksha ignored his daughter's presence and publicly degraded Lord Shiva. Unable to bear her father’s insults, she committed suicide by jumping into the fire. However, she was reborn again, won Lord Shiva as her groom, and peace was eventually restored to the kingdom. Deities believe that she visits her parents’ home every year during Navratri.

If you enjoy listening to legends, Club Mahindra resorts in Gujarat have many more in store for you. 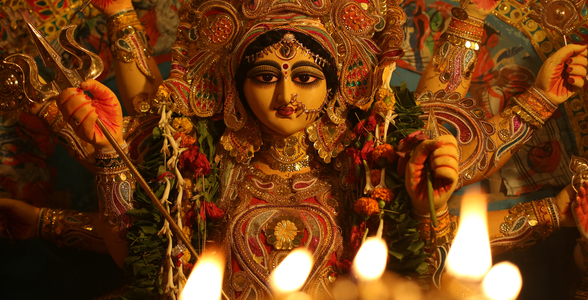 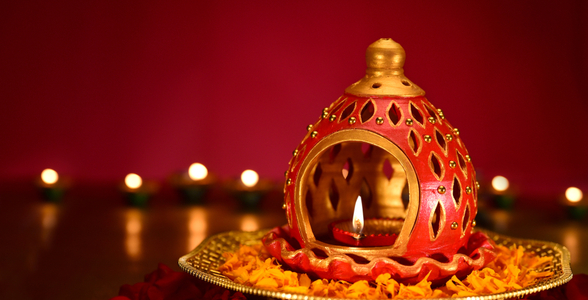 Grooving to the beats of Navratri

Navratri, translating to ‘nine nights’, is one of the most beloved and widely celebrated Hindu festivals in the country.

Gujarat, however, is the only state that erupts into a nine-night dance festival, deemed to be the longest and the grandest in the world!

Each night, towns and cities celebrate with hearts full of joy. Friends and family gather in large, open spaces to pay tribute to feminine divinity, referred to as ‘Shakti’.

How do they do so? Through Garba, of course!

Garba is performed with great fervour and enthusiasm across Gujarat. And the focal point of every Garba circle is a small shrine erected in the centre to mark the beginning of the festival. The shrine includes a Garbha Deep i.e., clay lantern in which a betel nut, coconut, and silver coin are placed.

Interesting fact - the rings of dancers rotate in cycles. This is inspired by the cycle of time, which revolves from birth to life to death to rebirth. The only thing that remains constant through it all, is the Goddess.

Would you like to experience the grandeur of Garba with your loved ones? Because, Club Mahindra is a playground of song and dance!

What’s an Indian festival without an array of sacred, symbolistic rituals to go with it?

Some of the most interesting Navratri practices include the following:

Peek into some of the above traditions, courtesy of Club Mahindra Gujarat resorts. 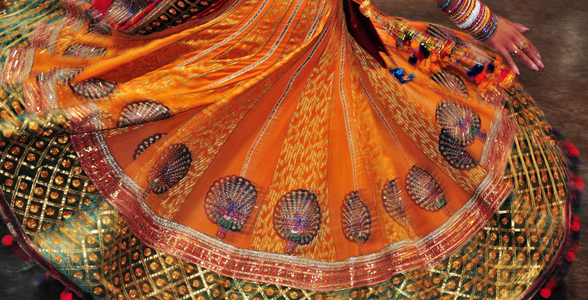 Flipping through the festive calendar

Navratri is celebrated for a total of nine nights.

The festival begins on the first day of the fortnight of the Hindu month Ashwin, which roughly corresponds to the dates in the Gregorian calendar in September and October.

Dussehra or Vijayadashami occurs during the tenth day of Ashwin.

According to certain Hindu texts like the Shakta and Vaishnava Puranas, Navaratri actually falls twice or four times a year.

If you’re looking to experience Navratri for the first time or simply wish to mark this festival away from home, consider travelling to one of our delightful resorts in Gujarat. Club Mahindra Gir, Club Mahindra Dwarka, Club Mahindra Netrang, Kensville Golf Resort Ahmedabad, and Boulevard 9 Nadiad, are all equally wonderful options for families. Warm, inviting, friendly, fun – what’s not to love? Put on your festive finest and get ready to Garba with your favourite resort chain!