However, to determine whether the Madhya Pradesh tourism guide is actually worth its salt, you need to make sure the following 5 historical monuments have been covered:

The Sanchi Stupa, or the Great Stupa, originally built by Emperor Ashok, is one of the most beautiful and quaint places to visit in Madhya Pradesh.

Recognized by UNESCO as a World Heritage Site, the Great Stupa is a place of immense spiritual importance to believers of Buddhism.

After the Kalinga War, it is said that Emperor Ashok had a change of heart. The gory war made him give up his royal responsibilities and take up Buddhism. The Stupa symbolises Lord Buddha.

A trek to the Gwalior Fort is, without the shadow of a doubt, one of the best things to do in Madhya Pradesh. The fort’s history is slightly vague as some people believe that it was constructed in as early as the 3rd century B.C., while others sharply contest that it was created in 10th century B.C.

Regardless of when it came into being, the fortress is gorgeous. Being a hill fort, its backdrop is equally stunning. If you are a history lover and someone who likes to get their adrenaline pumping, scaling the route to the fort is highly recommended.

If there is one place that singularly puts Madhya Pradesh on the globe as an exquisite holiday destination, then that is the Khajuraho Temples.

Madhya Pradesh tourism owes it to the Chandela dynasty for building this marvellous complex of Hindu and Jain temples.

A Madhya Pradesh tourism guide is only authentic when it includes the Khajuraho Temples. 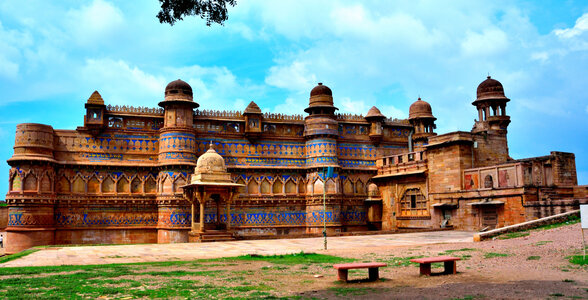 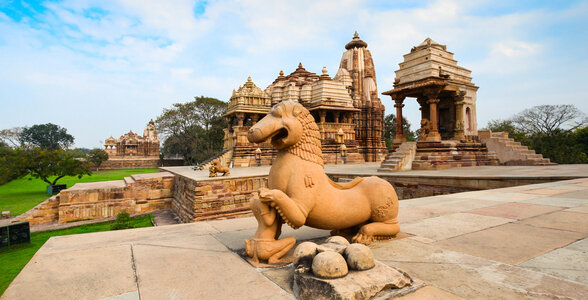 When in Madhya Pradesh do stop off at the largest mosque in India. Taj-ul-Masajid is a stunning example of Mughal architecture. With marble domes and pink minarets that blush when the sun kisses them, this mosque does resemble the Jama Masjid, but has a unique soul of its own.

Considered one of the largest mosques in Asia, Taj-ul-Masajid is colossally big and can fit more than a lakh people at once.

Bir Singh Palace or Datia Palace is one of the gems of Madhya Pradesh tourism.

Fashioned with only brick and stone, this palace is a great example of Bundela architecture. What makes this citadel such a wonder is that not a splinter of wood or iron was used in its construction. It is a rare historical monument, and when travelling to Madhya Pradesh, we recommend that you visit this landmark structure.

Not only the facade, but even the interiors of this palace are spell-binding. From ancient paintings to intricate artefacts, the Bir Singh Palace offers you a walk through the rich history of India.

A Madhya Pradesh tourism guide must include these five historical monuments. If you are planning to visit Madhya Pradesh soon, then do make sure you plan a stopover at each of these attractions.

In order to have a good trip, there are a few other details that you should be aware of. Some of these include:

Winter and Monsoons are the perfect seasons to visit the Heart of India. The best time to visit Madhya Pradesh, therefore, would be between the months of October and March, and July end and September. 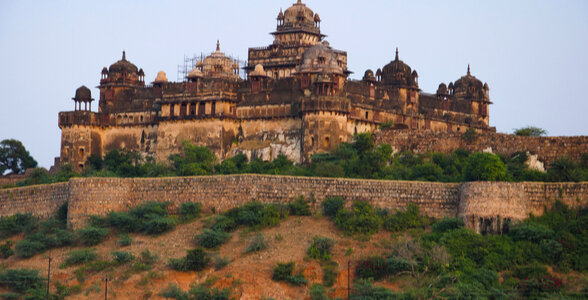 How to reach Madhya Pradesh

Wondering how to reach Madhya Pradesh? Fret not, this beauty of a place is well-connected to the rest of the country.

If you are planning a trip via air, then you might be pleased to know that Madhya Pradesh has a total of five operational airports that connect the state to the rest of the country, and thereby the rest of the world.

For those travelling to Madhya Pradesh by rail, there are 20 major and 18 minor railway junctions in the Heart of India.

And if you want to go on a road trip, then you should know that there are 18 national highways that pass through the state.

The resorts in Madhya Pradesh are reflective of the beauty of the place. From resorts with traditional interiors to those with modern amenities, there is so much Madhya Pradesh has to offer. But if you want the best of both worlds, then we think you would feel at home at Club Mahindra, Kanha, Madhya Pradesh.

Whether it is thrilling activities, a stay in a luxurious tent, some fantastic workshops, or the once-in-a-lifetime opportunity of cooking with a seasoned chef, you get to have an otherworldly Madhya Pradesh vacation when you pick Club Mahindra.

We hope you enjoyed this post on the five historical monuments that make Madhya Pradesh tourism stellar. Do let us know in the comments below.