Did you always want to try skiing but wondered where to ski in India? Wonder no more! India has some of the best skiing slopes in Asia. In our country, where summer and monsoon dominate the seasonal cycle, the north can boast of cold, snowy winters. As you keep going further north, you will find plenty of snow and many answers to your question, “Where to ski in India?” You’ll get plenty of options.

Places like Auli in Uttarakhand, Gulmarg in Jammu and Kashmir, Manali in Himachal Pradesh and Yumthang Valley in Sikkim are premium skiing destinations in India. Apart from receiving plenty of snowfall, these places have one more thing in common. They are easily accessible from Club Mahindra resorts and make for a memorable chapter in your family holidays. Who doesn’t like playing in the snow? If you’re ready for your first glimpse of winter’s magic, all you need to do is book a Club Mahindra holiday. No more asking, “Where to ski in India?”

Uttarakhand has four exciting skiing hotspots: Auli, Dayara Bugyal, Mundali and Munisyari. Auli even has the distinction of hosting the first SAF Winter Games in India, back in 2011. From December to February, these ski slopes are abuzz with excitement and adrenaline. Skiers from all around the country, and the world, flock here to test their mettle on the well-maintained slopes.

Summit By The Ganges

They will let you fulfil your desire of flying down icy slopes at thrilling speeds. Nestled amidst the mountains, each of these resorts treats its guests to the wonders of winter.

When you’re in Jammu and Kashmir, “Where to ski in India?” is not a question at all. Known as the ‘Heaven on earth’, Jammu and Kashmir have some of the most stunning ski slopes. You will find the best ones at Gulmarg and Pahalgam. Both the skiing destinations have advanced slopes that challenge the best athletes. But they also accommodate beginners who can choose to learn the skill, while on their holiday.

There are two Club Mahindra resorts in Jammu and Kashmir:

Your Kashmir tour is incomplete without a stay on a houseboat. It’s the very soul of a genuine Kashmir experience. A Club Mahindra Holiday gives you the chance to explore this slice of heaven, with a dash of snow. 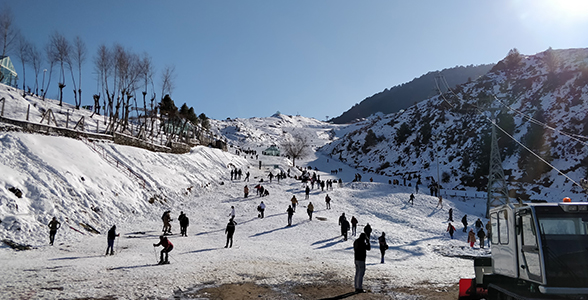 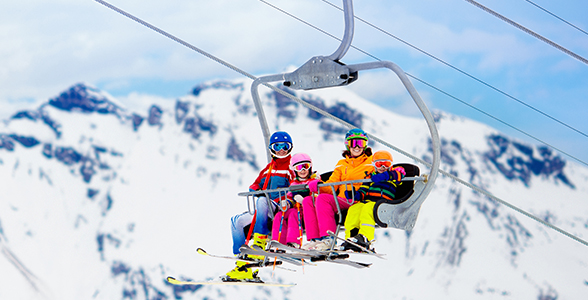 If you’re still asking, “Where to ski in India?” perhaps your questions will be answered in Himachal Pradesh. Manali, Kufri and Narkanda are the holy trinity of skiing in this beautiful state. Kufri even hosts the annual winter sports festival organised by Himachal Pradesh Tourism. If skiing is not your cup of tea, you can try Tobogganing. It will give you the same thrills and there is no learning curve to speak of.

You will find six Club Mahindra resorts in Himachal Pradesh:

Here, the signature Club Mahindra hospitality is made even more special by some of the most spectacular mountainous beauty.

According to Club Mahindra reviews, Sikkim is a complete surprise if you want to know where to ski in India. Known more for its natural wild beauty, Sikkim has a couple of well-known skiing destinations: Phuni Valley and Yumthang Valley. When the snow covers Yumthang Valley, trekking and mountain biking make way for skiing between November and March. At Phuni Valley, you can enjoy the breathless exhilaration of skiing at a height of 11,000 feet.

In Sikkim, you will find the following Club Mahindra resorts:

Now you know the answer to, “Where to ski in India?” Skiing is not popular in India. But don’t let it stop you from trying out an exciting new way of enjoying your holidays. 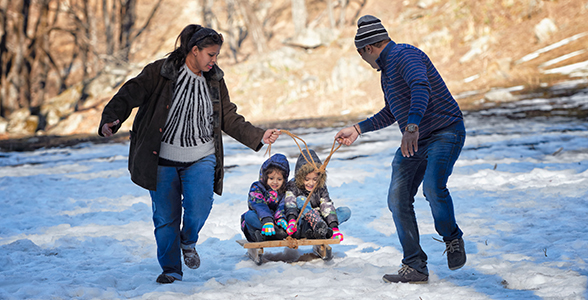 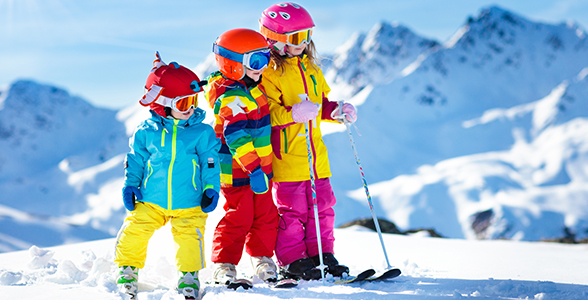