Kerala is blessed with nature’s most beautiful resources, but the one feature that leaves every traveller thoroughly enchanted is the presence of temples.

Kerala is blessed with nature’s most beautiful resources, but the one feature that leaves every traveller thoroughly enchanted is the presence of temples. Shrouded in myths and embellished with marvellous beauty, these temples are evidence of the divine culture of a state aptly nicknamed “God’s Own Country”.

Here are some Kerala temples that you absolutely must visit in order to experience the immense spirituality that lives here: 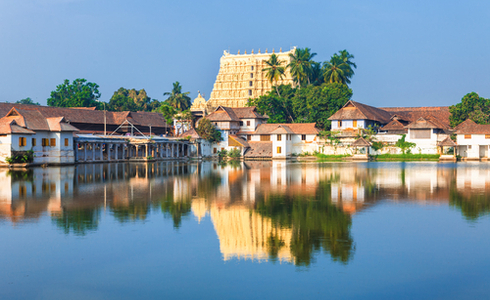 Built in the 8th century, this temple is one of the finest examples of Dravidian architecture in Kerala. It is dedicated to Lord Vishnu, whose idol reclines in the “Anantha Shayanam” posture. Besides the beautiful shrine and extraordinary structure, Padmanabhaswamy is also famous for having a mysterious vault that has never been opened.

There are several legends surrounding the establishment of this temple, but the most widely-believed story proposes that it was erected in the Adi Shankaracharya era. Inside, you will be greeted by a golden idol of Goddess Bhagavathi, who is worshipped as Saraswathi in the morning, Lakshmi in the noon, and Durga in the evening. The temple is believed to possess healing powers, and thousands of patients suffering from mental ailments come here seeking a cure.

Dedicated to Lord Krishna, the origins of this temple can be traced back to the 17th century. One of its most memorable moments in history was recorded when the idol of Guruvayur Temple was kept here for safekeeping by Tipu Sultan in 1789. Hindu devotees flock to the temple to receive the payasam that has been served as prasad here since its doors first opened. 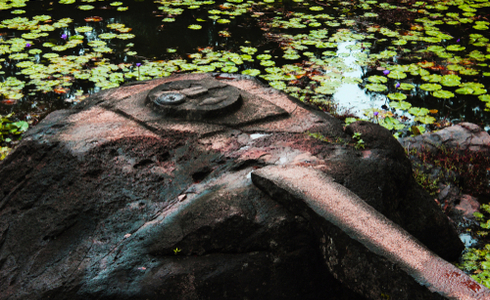 Perhaps the most ancient of all the temples in Kerala, Guruvayur is home to the shrine of Lord Krishna. The idol has been carved out of the Patalanjana stone, which has medicinal and therapeutic values. Due to the significance of the idol and the sheer number of devotees who frequent the sanctum, the place has earned itself the moniker, “Dwarka of South India”.

Located in the heart of Kozhikode, Tali Temple is where the deity of Lord Shiva presides. Established in the 14th century, the two-storeyed structure comprises of marvellous stone sculptures and carvings that represent the Puranas. However, it is the wood and laterite combination with elaborate brass work on the walls that truly defines the architecture of Tali.

Not far from Padmanabhaswamy Temple lies Attukal Bhagavathy, a sanctum dedicated to Goddess Kannaki – the Supreme Mother. The best time to visit this place is during Attukal Pongal, when around three million women come together to offer their prayers. In fact, the temple holds a Guinness World Record for the largest religious gathering of women.

Valley Often referred to as the “Kashi of the South”, it is said to be the earliest temple founded in Kerala. Pilgrims from all over the country visit the place to perform various rituals, specifically the last rites of an individual. It is surrounded by the gorgeous Bramhagiri Hills, which is why you will instantly feel at peace when you enter the temple gates.

Out of all the tourist places in Kerala, it is the temples that illustrate its vibrant culture and unfathomable beauty. While you are here, don’t forget to book your stay at any of the Club Mahindra resorts in Kerala. Each of the resort in Kerala, especially Munnar Resort, offers modern amenities such as spacious rooms, rejuvenation centres, play areas for kids, and so much more. Staying at any of Club Mahindra’s resorts guarantees that you’ll have one of the most memorable family vacations of your life! For further affirmation, you can look up the Club Mahindra reviews section on our website.

Indulge in several activities and experiences on your next stay at our Munnar resort, Wayanad or any of the other Club Mahindra resorts in Kerala. With several things to do at our resorts, and nearby places to visit in Munnar, Wayanad, and other destinations in Kerala, a magical family holiday is assured.